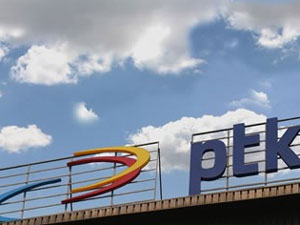 (Photo: ptkonline.com)
Kosovo Authorities have postponed signing of the Agreement of privatization of 75% shares of 'Kosovo Post and Telekom' (PTK).The agreement was planned to be signed on September, 30, as Kosovo Parliament hasn't secured two times the necessary support to the Government proposal.
According to privatization opponents, the offer that won the tender submitted in April by the consortium consisting of German company 'ACP Across Capital' and American company 'Najafi Companies', underestimates significantly the value of the company that was previously evaluated as Kosovo's most profitable public company.
- We have sent a request to the bidder to postpone signing of the Agreement at least until October, 21 - it was stated by the Ministry of Economy, Fadil Ismalji.
Political dispute is threatening to jeopardize reputation of the authorities among foreign investors and even lead to the down fall of the Government, says Reuters.
The agreement of PTK privatization, worth 227 million EUR, needs approval of the Parliament. However, numerous Parliament members are against this Agreement, including both members of the governing coalition of the Prime Minister Hasim Taci, and opposing parties.
Reuters reminds that the previous attempt of privatization in 2010 was the trigger point for the fall of the former coalition party, and even one year later another attempt also failed, when several company representatives were accused of corruption.
PTK has more than 3.000 employees and million customers in mobile and 100.000 customers in fixed network, and it also provides internet and cable tv services.
Companies:
Telekom Kosova d.d.o (bivsi Posta i Telekomunikacija Kosova)
Tags:
Pošta i Telekom Kosova
PTK
Vlada Kosova
ACP Acsos Capital
Najafi Companies
Ministarstvo ekonomije Kosovo
Fadil Ismalji
Hašim Tači
Share: