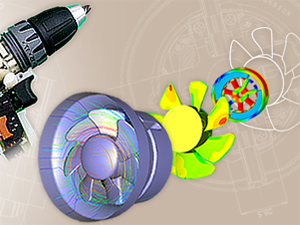 The mayor of Nis, Zoran Perisic and directors of 'Johnson Electric', Loran Cardon and Michael Fridrich, signed today in Nis, a contract for giving building land in public property without a fee, for the purposes of building a factory worth between 15 to 20 million euros.
After signing the contract, Perisic said that the factory would employ over 1.000 workers and that it would start up in June of the following year.
He mentioned that negotiations were successfully finalized and that the singing of the contract and construction, which will be started soon, were 'the events that should make us happy and positive, as in the time of crisis, a great number of people will get jobs'.
Cardon said that Nis was chosen as a place for investment, because of the support of the city, as well as the fact that it is a matter of university city with a network of secondary schools, which is an important logistic in the activities of the company.
Cardon said that on 10.000 square meters, engines would be manufactures for the market of Western Europe, and that their goal goal was global expansion from the city.
Contract of agreement was signed at the end of June of this year in Nis and then it was stated that this Hong Kong based company made 2 billion EUR profit in the last year and that their main competition on European market was 'Bosch'.
The factory is going to be built in the working zone 'North', near Konstantin the Great Airport, and 1/4 of workers will be engineers. Engines will be primarily for the car industry.
Representatives of the Agency for Foreign Investment and Export Promotion (SIEPA) said on this occasion that 'Johnson Electric' would apply for grants and that estimation was that for this type of investment they could get 9.000 EUR per job position.