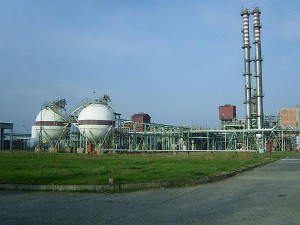 This company currently exports EUR 20 million worth of polypropylene per year. By the way, Hipol's annual production amounts to 36,000 tonnes of polypropylene, about 70 percent of which is exported to Belarus and Turkey, whereas the rest is sold to local buyers. Hipol's polypropylene has now attracted the attention of another company from Belarus - Hemijski Sistemi, Radio Odzaci has reported.

As it was announced, this company is among the largest in Belarus. It owns five institutes in neighboring Russian Federation, whose annual turnover exceeds USD 1 billion.

Hemijski Sistemi CEO Sergey Chekanov yesterday visited Hipol to talk with the management of the Odzaci-based company about the possibility of buying substantial quantities of polypropylene. The meeting was organized with the help of Milos Vucinic, director of the regional office of the Belarus Chamber of Commerce in Belgrade.
Companies:
Hipol a.d. Odžaci
Tags:
polypropylene
polypropylene export
Hemijski sistemi Belarus
Sergey Chekanov
Milos Vucinic
Belarus Chamber of Commerce
Share: