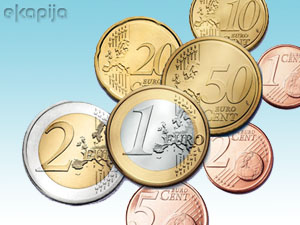 Despite the economic crisis, top 500 players in Central and Eastern Europe increased their turnover by 5 percent in 2012, to over EUR 628 billion. However, this failed to lead to stable development in net profits. And while top CEE companies improved their profit in 2011, last year it fell by nearly 32 percent, from 30 billion to 20 billion euros, the CEE Coface Top 500 list shows.

This year's study about top 500 companies in Central and Eastern Europe is the fifth of the kind published by the international credit insurance company Coface. The list ranks the 500 largest companies in the region by their turnover and additionally analyzes further data such as the number of employees, sectors, market...

The study also shows that the number of employees at top 500 CEE companies grows at a positive rate, going up 1.5 percent from the last year. However, increase in the unemployment rate mainly goes hand in hand with a high layoff rate at top companies.

- However, the analysis of top 500 companies reveals that a potential for growth exists even in turbulent economic times. Top players in CEE increased their turnover by 5 percent, thus confirming they are significant not only for the region, but also for Europe and their main export destinations - she noted.

Most of the large players from the CEE region again come from Poland (171 companies, 34.2%). Besides, this country could increase its lead (2011: 31.8% of top companies were from Poland). Top companies from Poland can generate a turnover of EUR 234 billion, up 6 percent from the last year. Despite a loss of 30 percent, Polish companies still top the list in terms of net profits (2012: EUR 8.460 million; 2011: EUR 12.014 million). After reporting the strongest GDP growth in the EU in 2011, this country registered a sudden slowdown in 2012 with illiquidity hitting a record high.


Hungary ranks second in the number of companies on the Coface CEE Top 500 list (66; 13.2%). Hungary ranked third in 2011 - although Hungary's GDP fell 1.7 percent, the turnover generated by leading companies grew insignificantly to EUR 240 billion (+2.2%). However, the country's net profit is getting smaller every year (-27.5%).

Ukraine, which ranked second in 2011, lost its spot because the companies from this country did not operate well last year, which resulted in 28 of them dropping out of the Coface CEE Top 500 list.