The Stabilization and Association Agreement becomes effective as of September 1 - What does SAA bring? 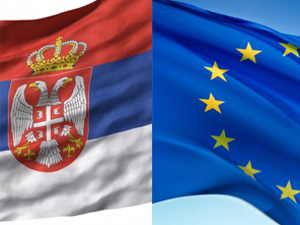 The Stabilization and Association Agreement between the European Union and its member-states and the Republic of Serbia and will become effective as of September 1, 2013 after July 24, 2013 EU informed Serbia that the ratification process ended, the governmental European Integration Office announced.

With January 1, 2013 Serbia and EU have stepped into the fifth year of the Transition agreement implementation. The period has been monitored with constant growth of trade scope between Serbia and EU, with an exception of 2009 due to economic crisis. As in the period which preceded signing the Stabilization and Association Agreement/Transition Agreement, EU is the biggest trading partner of Serbia with whom Serbia carries out some 60% of trading activities.

The implementation of the Transition Agreement was also featured by the stable growth of export from Serbia to EU and increase in coverage of import with export which in 2012 totaled almost 60%.

As of 2001 to 2013, some EUR 19 billion of foreign investments were poured in Serbia. Some 60 % of the amount came from the EU countries which confirm a high degree of economic connection between Serbia and EU. In the last two years, almost 90% of total foreign investments have been coming from EU.

Surplus of Serbia in agricultural products exchange with EU in the period 2010-2012 was EUR 400 mil on the average.

Stabilization and Association Agreement enables Serbia customs-free access to the market of half a billion consumers based on the contract, with minor exemptions. On the other hand, Serbia committed that in stages, as of January 2014 it will cancel customs on industrial goods as well as customs for some 75-80% of agricultural products originating from EU, according to the contracted dynamics.

The Agreement stipulates cancellation of all customs, quantity limitations as well as measures with the same effect imposed on import of industrial and agricultural products from Serbia and EU and it stipulates prohibition of fiscal discrimination of products from Serbia to the EU market.The only exemptions from this refer to a number of agricultural products such as sugar, beef, wine, and fish. An annual customs-free rate of 180.000 tons for sugar, preferential rate of 8.700 tons for beef and customs – free rates for trout and carp of 15 tons, i.e. 60 tons have been determined. Apart from that, customs – free rate for wine export to EU totaling 63.000 hectoliters per year has been set.

The contracting parties can reach an agreement on additional mutual liberalization on the basis of the Clause on revision in the Act 31 of the Stabilization and Association Agreement if they consider there is a mutual interest for that. 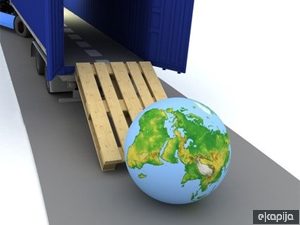 On the other hand, Serbia committed to cancel all customs, quantity limitations as well as measures with the same effect on import in Serbia from the European Union and to cancel existing without imposing new fiscal discrimination measures for EU goods at its market.

Due to huge strategic importance, in the case of agricultural products, a special category of particularly sensitive products which are not subject to liberalization at all or to some extent has been introduced. This category includes tomato, pepper, plums, apples and some dairy products, meat and meat products, tobacco, etc. A certain customs protection level will remain even after January 1, 2014.

With this Agreement, Serbia and EU provided unlimited transit via road transport across the territory of the second party to the destination in a third country. This is particularly important for Serbia since this enables unlimited access to territories of Russia-Belarus-Kazakhstan with which Serbia has free trade agreements. The implementation of these agreements would become more difficult if Serbia had to require permits for transition across the territory of EU member-states. The same goes for trading of Serbia with Turkey and Switzerland.