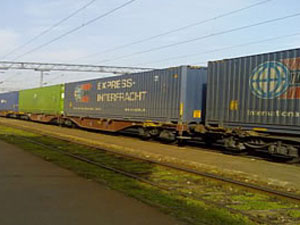 As he stressed in a statement to Tanjug news agency, this will bring significant revenues considering that up to 20 trains will operate every day.

- The Chinese are willing to pay EUR 6,000 per train - said Simonovic.

He hopes that the documentation for this deal will be signed by the year's end, after which the transport of goods could kick off. However, this mainly depends on the representatives of Greek Railways.