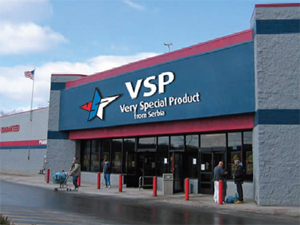 Serbian producers of different items opted for model in line with which the Indians developed their Indian shops worldwide or how the Turks developed a chain of their textile and clothing companies. It has been four years since the Top Serbian product which is targeting foreign markets in order to place quality goods from Serbia through opening of retail chain abroad, appeared. Implementation of the idea is becoming more realistic and as eKapija finds out, the fall will see the first shop with the most quality Serbia products.

- The pilot shop will be opened in the center of Belgrade. There, guests,partners and media will be able to see the products and to become familiar with the work of the shop. A couple of locations are considered for the shop.Trading company, Gomex, as a partner in the project is currently developing simulation of the first shop through which the first VSP market get its final interior, square meters, essential space for product sorting and other practical features - Dragoljub Rajic, Managerof the Union of Employers of Serbia says in his interview for eKapija.

The fall should see application of products for the standardization check where the Quality Department of the Faculty of Organizational Sciences in Belgrade and known experts in this field will participate. The estimation show that VSP list could comprise from 1500 to 2000 products.

Since it is not an easy task to generate a label, the objective of the Top Serbian product Association is to support through VPS logo as many producers as possible who have top quality products in improving quality in all business segments and increase competitiveness. 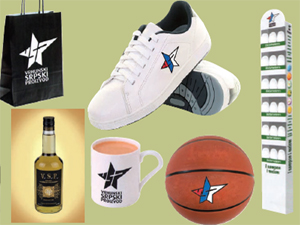 In his interview for our portal, the initiator of the action, the General Manager of Biomelem, Zoran Ilic, stresses out that the project was originally started because of the placement of our products to foreign markets.

- We want to set up a system to support Serbian economy. Our objective is to label everything which is of top quality with the VSP label and to make it local, regional and global product. We are targeting at setting up a network of shops which would sell these products. The key thing is to create a market because we cannot function without it. By purchasing Mercator from Idea chain, Serbian market now sees two big chains which can have monopoly. We want to generate a kind of a system which can compete with them– Ilic explains.

Our collocutor mentions that due to the VSP project, sales scope will increase thus resulting in production boost, export increase and faster asset turnover which will lead to increase of production capacity consumption and at the end, to the higher employment rate.

- VSP will comprise promotion of VSP personalities, media, products, producers, trade chains, distributors, localities which will be labeled with VSP which in that case means Very Special Place. If we join forces, we willcreate a unique VSP brand which will change the image of Serbia in the world –Ilic points out.

Manager of the Union of the Employers of Serbia mentions that at the sametime, set up of the VSP associates’ network is in progress in countries with a large number of immigrants from the ex Yu republics in order to open VSP shops in these countries. As for now, contacts have been made for Slovenia, Greece, Romania, Austria, Germany, United States of America, Canada.

- In the countries where our country is already recognized, VSP shops will be opened. Trade experts should manage the shop through a franchise. In some countries, within the existing supermarkets, a shelf with VSP products could be installed, for instance in Belgium and the Netherlands. Models are different and depend on the interest of a specific country for Serbian products.

As of the fall, professional VSP team will be set up. It will comprise managers experienced in the product placement to foreign markets. Their task will be to inform and gather interested producers in Serbia, to make specific deals with partners abroad, to organize VSP transport channels and secure essential technical – logistics-administrative support.

Rajic stresses out that large potential of Serbian diaspora should be used, i.e. they should be involved in the business, either directly or through their business partners.

Negotiations with USAID are in progress in order to secure funds and further project implementation. The organization should help in providing safe placement of the goods to the American market as well

- The initial fund should also be set up. Half of the funds should be provided by the interested companies and USAID the other half so that the next steps of the project could be implemented. Apart from that, the ministries in charge and SIEPA did not approve of the project – Rajic says.

Label VSP for the local market will be three-colored - red-blue-white, for global use it will be green and green for organic products.

Top Serbian products will be labeled with VSP which means Very Special Product, but they will also have some other meanings in Serbian and English.