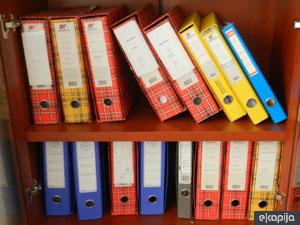 Various regulations and administrative procedures only in the trade sector, cost companies more than EUR 107 mil annually, which "eats" at least 19,000 potential jobs in stores.

The research carried out by the Union of Employers of Serbia and CEFE Serbia has shown that the work of inspection authorities who control operations of economic entities in stores has not significantly changed for many years back, and that often on-field, they come up with different interpretations of regulations.

President of the Union of Employers of Serbia, Draguljub Rajic, said that, when it comes to regulations in trade, it is necessary to start with a fundamental reform of inspections and regulations in this area as soon as possible, in order to relieve trade companies business and eliminate many redundant administrative procedures.

The research, conducted among directors and managers in 202 small, medium and large enterprises in Serbia, indicated that, with high taxes and contributions on salaries, some provisions of the Labour Law, a major problem in successful business and redundant administrative procedures in the field of trade.

President of the sector of hoteliers, restaurateurs and tourism of the Union of Employers and the owner of Sangral, Stevan Rodic, pointed out that small and medium-sized enterprises in the field of trade should be pillars of economy, and that in the course of the last ten years "aside", that they do not have many opportunities to participate in the adoption of regulations, as well as they generate huge losses in business.

We definitely have loss and we almost cannot compensate for them, and during one financial year we cannot be liquid- he said.

A member of the Supervisory Board of the Union of Employers of Serbia and the owner of the Job comapny which operates in health and safety at work field, Nebojsa Miletic, said that one of the major problems in running a business in Serbia is a lack of money and that it is necessary to create a better business environment and to change the Labour Law to allow flexible working market.

Administrative procedures, he agreed, represent a problem in business and as one of the solutions to reduce the gray economy, he sees in salary taxes and contributions reduction.

A representative of Mitnet, which deals with consulting in construction, Milan Mitrovic, thinks that conditions for running business in Serbia are good, but they could be much better.

He said that, apart from adopting regulations, their implementation and marketing are important as well.