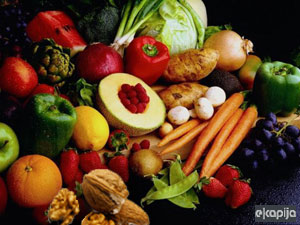 Frucom is interested in the location of Nis where it would build cold storage totaling about EUR 8 mil. It would hire 150 workers would, in season even more, the head of the Office for Local Economic Development, Milan Randjelovic, confirmed.

Upon yesterday's announcement of the land lease to Johnson Electric, the Mayor of Nis, Zoran Perisic, talked about interested investors as well. He announced that detailed regulation plan of the industrial zone Sever because other potential investors expressed their interest in that area. The plan will regulate the land use more precisely.

When asked why they the construction of a cargo center of the Austrian Eyemaxx, announced in November 2007, was delayed, Milan Randjelovic said that the land planned for the logistics center was first owned by the Serbian Army and that the conversion process of turning it into city-owned was quite complicated.

As the second reason, Randjelovic mentioned that the Austrian company was changing its intentions with respect to purpose and investment profile. The next problem is that the land at the airport had a predominantly public purpose, and the document had to be amended "for other purposes" as well, or commercial purposes – Randjelovic explained, stating that it is the complex which will occupy 170 acres, while some 30 acres will be used as commercial facilities.

- Frucom, registered as Austrian company, is interested in one location and the owners are from Nis Randjelovic said.