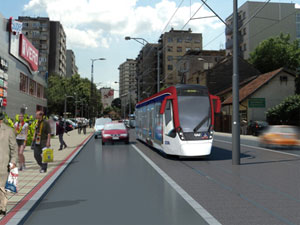 The day when Spanish trams will run down the middle of Vojvode Stepe Street is getting closer - the Investment and Housing Agency of the City of Belgrade today published a public call for proposals from prospective contractors interested in carrying out tram rail reconstruction in this street in Vozdovac.

As Dragan Ivanovic from this agency specified to eKapija, the deadline to submit bids is 19 August 2013.

- After that we will examine and evaluate offers, and then ask the EBRD for its consent. This could take about 30 to 45 days to complete. The agency will do its best to finish its part of the job as quickly as possible, so that the work could start as soon as possible - says Ivanovic.

As it was announced earlier, the City Administration of Belgrade and the Investment and Housing Agency intend to use a portion of the proceeds of an EBRD loan as well as funds from an EU donation for the improvement of the public city transportation system and traffic infrastructure in Belgrade to finance the renovation of Vojvode Stepe Street. According to the plan, it will take one year to finish the work, which will be carried out in phases in order to avoid the closing of that street to traffic. 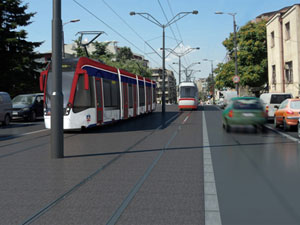 This phase will see the reconstruction of tram rail, lanes and pavement in Vojvode Stepe Street, on a stretch from Autokomanda to the tram terminus in Banjica.

All those interested in becoming the main contractor must have an average annual revenue of minimum EUR 18 million in the last three years.

These bidders must also prove they have a successful experience in the management of implementation of minimum three projects (in the past five years) that are similar to this one in nature and complexity.

Every bid must be enclosed with a tender guarantee for RSD 57 million. A pre-tender meeting will be held 15 July 2013 on the premises of the Investment Agency, at Nikole Pasica Square.

The public call is also published on the EBRD website (www.ebrd.com) and the website of the Official Gazette of the European Union (www.ted.europa.rs).