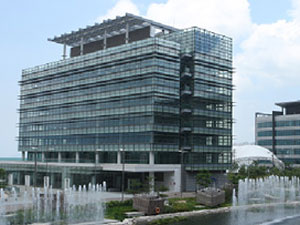 Finance and Economy Minister Mladjan Dinkic, Nis Mayor Zoran Perisic and Johnson Electric Group Director for Europe Loran Kardon today signed a Memorandum of Cooperation for the construction of a EUR 20 million factory in Nis and the employment of 1,000 workers in the first phase by aforementioned company.

After signing the Memorandum, Dinkic said Johnson Electric was the first foreign investor from Hong Kong, whose last year's turnover was at a USD 2 billion, adding that its biggest competitor in the European market was Bosch.

SIEPA representatives said that Johnson Electric would apply for a subvention, adding that a public call was still open and that they could get EUR 9,000 per employee for that type of investment.

Johnson Electric employs over 38,000 people in 23 countries, 4,000 of whom in Europe. The company is headquartered in Hong Kong, and is registered on the Hong Kong Stock Exchange, whereas its European headquarters is in Switzerland.