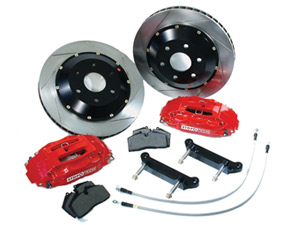 The International Fair of car spare parts producers of the SEE, SEE Auto CompoNet 2013 was finished yesterday in Kragujevac. General Manager of Fiat Cars Serbia, (FAS) Antonio Cezare Ferara and the President of the Regional Chamber of Commerce in Kragujevac, Dusan Puaca opened the fair.

Just like similar manifestations abroad, the Fair in Kragujevac had also B2B meetings and meetings with buyers - "Meet the Buyer".

Dusan Pauaca explains for eKapija that via www.see-autocompo.net, 89 firms which had 231 meeting was registered while the exhibition space had 30 companies from 10 countries.

- There are two basic categories in car industry – producers such as our FAS, companies from "original equipment manufacturer" (OEM), and companies which produce components TIER1, TIER2, TIER3… All of them are included in the production chain and companies in these categories had B2B meetings and talks with buyers – Puaca explains adding that the accent was on new and future projects.

Car industry is innovative, as he says, and developing so we always have to look into the future.

Kragujevac was not sitting still when it comes to innovations. A Letter of intentions for the implenetation of the project of car industru nano technology development was signed.

- We are implementing the project in cooperation with institutions from Hungary and Italy, We ahev three stages and we are planning to open an educational lab for nano technology in Kragujevac in the first one. We are planning to train graduates of technical sciences as well as natural and mathematical sciences of physics, chemistry and electrical engineering. The lab would be equipped by three companies – Euromenager and Land Biz from Hungary as well as Serbian Kragujevac-based Serbo lab. In the second stage, we would set up public-private consortium which would participate in the EU projects. These consortiums can be found in Hungary and Italy. The third stage would imply attracting foreign investors – our interlocutor says.

At the fair in Sumadija, exhibitors from Hungary with three companies had significant place – Hungarian-Serbian Chamber, Hungarian Investment and Trade Agency (HITA) and the Association of the Hungarian Vehicle Component Manufacturers (MAJOSZ).

- It is not accidental that Hungarians are active in this field, there are 400 companies in their cluster working in this field for four manufacturers Mercedes, Hyundai, GM and Suzuki. A Memo on cooperation will be signed with the Hungarian-Serbian Chamber when car cluster companies from central Serbia visit Hungarian partners in October. It is very important because Serbian companies need new knowledge and strategic partnerships.

SEE Auto Compo Net 2013 was organized by RPK Kragujevac – the Center for Excellence of Car Industry of the West Balkans and the Regional Cluster of Central Serbia and the gold sponsor was the Schenker company.