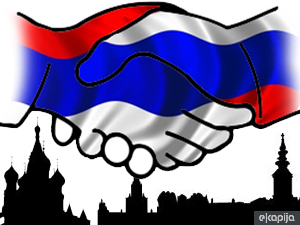 Serbian Deputy Prime Minister and Minister of Foreign and Domestic Trade and Telecommunications Rasim Ljajic has proposed some new products to be added to those to which a free trade regime is applied under the General Free Trade Agreement that our country has signed with the Russian Federation, his ministry said in a release.

Ljajic was in an official visit to Russia on Wednesday, where he met with Minister of Industry and Trade Denis Manturov and Minister of Agriculture Nikolay Fyodorov in Moscow.

After these separate meetings, Ljajic stated that several topics had dominated the meetings, adding that they had come to a conclusion that there was a potential for increasing the volume of trade between the two countries.

- We suggested that the free trade regime should also be applied to sugar, cheese, cigarettes and cars - Ljajic said and added that the Russian side would consider Serbia's request.

- They must make a decision at a session of a joint commission of Russia, Kazakhstan and Belarus as these three countries have formed a customs union and a decision must be made on that level - Ljajic noted and added that Minister Mladjan Dinkic would visit Moscow in April to talk about the possibility of exporting cars from Serbia to Russia free of duties.

A conclusion from the meeting with Russian Minister of Agriculture Fyodorov is that there is a possibility of boosting our exports of agricultural products. Fyodorov stated that the volume of agricultural trade could be increased from 250 million to 500 million US dollars as early as in 2014.