Most popular "Who is Who" stories - Which persons attracted greatest attention of eKapija users in 2012?

Some people draw our attention by achieving good results in their respective business, some are interesting because they lead an exciting private life, while others are known for their affairs or for the brands they've created. We may consider some of them great athletes or good businessmen, but there are also certain people we've never heard of before...

We give all of them a chance, and eKapija readers have chosen the most interesting persons in 2012. Here is a list of the most popular interviews we did with celebrities last year and published in the Who Is Who section. See who has deserved a spot on this list.

The year 2012 was marked by elections, and there were some newcomers to the public stage in Serbia. As many as nine politicians made it to the list of the most popular Who Is Who stories in 2012. However, what is encouraging is that the person who attracted your greatest attention is an athlete, a member of the national Taekwondo team - Milica Mandic.

She surprised us all with her success at the Olympic Games, and the gold medal she won overshadowed the results of our national teams in team sports. Namely, the hero of this story is a "child of the pavement," but not in a negative way. Tasmajdan, Cvetni Trg, Slavija and Srpskih Vladara Street were to Milica what a yard of a family house was to other children.

She started training Taekwondo when she was 10 and won her first gold medal - the 100th Olympic medal for Serbia - at the age of 21. 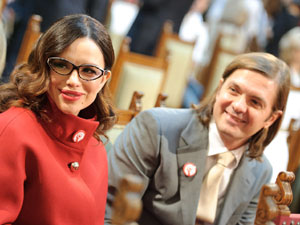 Second place on this list goes to Milan Popovic, also known as "copper king" and Severina's fiance. He already proved himself a good businessman, while a relationship with a music star has brought him to the spotlight. While posing for show business magazines, he was also winning people's hearts with stories about his charity work. He was the largest individual donor in the Battle for Babies campaign, and he also took part in the later campaign for maternity wards. In March 2012 he bought a luxury villa - Vila Breg, and it is also speculated that he may become the new owner of Vrsacki Vinogradi. 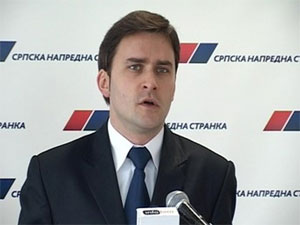 Everybody in Serbia eagerly waited for the new government to be formed, and when new ministers were presented, the one who attracted the greatest attention was Justice Minister Nikola Selakovic. He was less than 30 years old when he assumed that position, although the only post he held before that was Assistant at the Law Faculty. This member of the Serbian Progressive Party (SNP) is followed on the list by his fellow party members Zorana Mihajlovic and Jorgovanka Tabakovic.

The sixth-ranked person on this list is businessman Miroljub Aleksic, who won the Business Person of the Year Award in 2012. This graduate engineer is the owner of the Alco group that gathers tens of companies. The figures denoting the annual revenues of his empire make ordinary people feel dizzy, although most of them would not recognize Miroljub Aleksic in the street.

The next on the list is Nenad Tesla, former director of the Republic Geodetic Institute, who has been replaced in that position by Zoran Krejovic.

He is followed on the list by SNS members Dragoljub Simonovic, Milorad Grcic and Milan Bacevic.

A place between these new politicians and the directors of public and government companies is secured by Melanija Radjenovic Pavlovic, a granddaughter of famous sea captain and painter Andro Djurkovic from Risan, Bay of Kotor. Born in Belgrade, Melanija is an architect as well as marketing and project manager at the Mapei company, but sea is something that constantly intertwines with land in her life.

The next on the list is Serbia's first lady - Dragica Nikolic, who said in an interview with Ekonometar that she grew medicinal herbs and loved to sew, knit and tat as well as paint, make mosaics, stained glass, ceramic pieces, etc. She also talked about the restoration of the Voljavca monastery and her charity work... It should be mentioned that she has recently established a charity foundation named after her.

Appointment of the new director of Serbia's Security and Intelligence Agency (BIA) attracted great attention, and Nebojsa Rodic's resume on our web portal was read by a large number of eKapija users. Not much is known about the new director of BIA. Those who are familiar with the situation in SNS describe Rodic as "a man President Nikolic can trust."

Nebojsa Stefanovic is the new speaker of the Serbian parliament. He received an M.A. degree from Megatrend University and later worked at private companies engaged in computer equipment distribution and marketing. As a representative of the Serbian Radical Party (SRS), which he had been a member of before SNS was formed, he chaired the parliament's Board for Trade and Tourism.

The fifteenth-ranked person is Tijana Vujovic, a young manager who has decided to return to Serbia and build her career here. This student of the generation in the primary school and one of the best students in the 5th Belgrade Grammar School and at Bocconi University in Milan is now the director of the Confluence company.

Rank lists for other categories for 2012 are also very interesting, and you can see them in the Who Is Who - Time Machine section. You can also find a retrospective of Who Is Who stories published on our portal in the previous four years - 2011, 2010, 2009, 2008.