We present you the most interesting projects in the field of TELECOMMUNICATIONS AND IT.

After a two-year domination of the story about the sale of Telekom, it seems that in 2012 our readers were more interested in the news concerning each of us - new landline operators, favorable services launched by Internet providers, what will happen with TV Avala and TV Pink. What should make us particularly happy is the fact that several significant places on the list belong to the success stories of domestic IT companies - ComTrade, Telvent DMS, PSTech. Foreign companies as well delighted us in 2012 – NCR opened an operations center in New Belgrade, Muehlbauer completed the construction of a technology park in Stara Pazova, while India's Embassy Group tackled the work on its project in Indjija.

The gold medal goes to the U.S. company NCR, which opened an operations and information center in New Belgrade to provide high-quality and professional support to companies in various industries. Among their users are leading companies in the fields of finance, tourism, hospitality, telecommunications, entertainment, lottery games, public sector and telecommunications from all around the world.

This facility is worth more than EUR 3.8 million. The company immediately hired 200 people, while another hundred workers or so should get a job at this center by the end of 2014. NCR received about EUR 1.5 million worth of employment incentives from the state of Serbia.

The second-ranked investment is as encouraging as the previous one. International and local IT "stars" will soon find their place under the sun, hopefully, in Srem. The IT Park in Indjija has made it to the list of the most interesting project for the third consecutive year. After eager anticipation in 2010 and 2011, last spring India's Embassy Group began the construction of a technology park that will span 25,000 square meters after the first phase of works. According to the information coming from Indjija, construction is going on schedule, and the first A phase is expected to be completed as early as this May.

It's no secret that TVs exert a great influence on people, which can also be concluded from our list for 2012. Announcements and forecasts of who is going to buy stumbling TV Avala after numerous strikes and a troubled period for workers rank third on the list. Among the prospective buyers mentioned by the media were Veselin Jevrosimovic, Sasa Popovic, Lepa Brena, and even Beohemija, which quickly denied such allegations. Zeljko Mitrovic finally spoke up last autumn, when he announced that an agreement had been reached with Sasa Popovic, adding that TV Avala would become - TV Narodna, featuring shows of the Grand franchise.

However, instead of that, Avala's operating license was revoked in late October because the TV station had not paid fees for broadcasting, and its frequency was given to another TV station - Pink2, which started broadcasting a new program in November.

The fourth-ranked project is the construction of an imposing development center of ComTrade in Ljubljana, which was opened in September and represents one of the largest facilities of the kind in southeast Europe. In that way, ComTrade increased the office area it occupies in Slovenia to 10,000 square meters.

Opening of a Telvent DMS business center in Novi Sad ranks fifth on the Retrospective list. Over EUR 100 million were invested in the building, development center and a development program for contemporary smart grid technologies. Equipping and construction of this IT center and new technology programs represent a joint project of Telvent DMS and France's Schneideir Electric, which declared Novi Sad as its main competitive development center for smart grid IT technologies.

Once again, good news came from the PsTech company, which hired 70 people in 2012 and announced its plans to keep on hiring people in 2013 and add another 80 experts or so to its team. Aside from focusing on traditionally important US market, their plan is to expand operations in the European Union too, and this story ranks sixth on our list.

There is another story involving media companies you found interesting last year. The word was that the German media company RTL had agreed to buy the "pink television," while SBB confirmed it was negotiating its takeover... In the end it all came down to nothing but speculation, give that TV Pink still has the same owner.

An announcement that the construction of a 11,000 square meter Science and Technology Park was commenced in Nis ranks eighth on the list. The estimated value of that project is EUR 10 million, and the funding is provided by the European Investment Bank (EIB). In late 2012 city officials announced that the science and technology park was included in the Nis Development Program for 2013. 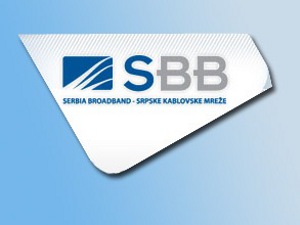 Among the top ten is also an announcement that SBB will start rendering fixed telephony services (ninth place), which came true last autumn and made many people happy, given that call prices are quite affordable and that SBB users don't have to pay for the transfer to the new landline network.

The eleventh-ranked project is a science and technology park in Zvezdara (which we still wait to open), one local and one international news about SBB rank twelfth and thirteenth (Fiber Power sets for residential users for faster internet and modern digital television, and the establishment of the largest television platform in southeast Europe, created as a result of the merger of companies SBB and Telemach).

The last story on this list, ranking fourteenth, is Telenor's announcement that it will start offering fixed telephony services to citizens after it is already rendering them to business users.

Take a look at the complete rank list of 14 investments in the category of TELECOMMUNICATIONS AND IT and compare it with your own opinions, expectations and assessments.

One more thing - have you already read which projects attracted your greatest attention in the categories of AGRICULTURE AND FOOD INDUSTRY, REAL ESTATE, INDUSTRY, and TOURISM, ENTERTAINMENT AND RECREATION?