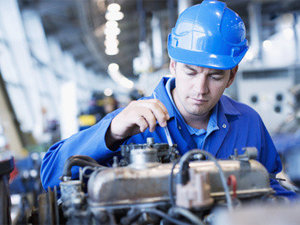 We present you the most interesting projects in the field of INDUSTRY.

Zelezara Smederevo steelworks was the sore spot of the Serbian industry in the previous year. It was so sore that no month went by without news about it. The only thing that should make us happy is the fact that the stories about the opening of several factories made it to the list of the most popular articles in 2012. Last year`s upward trend of the automotive parts sector resulted in new production facilities and a new model launched by Fiat. Expectedly, among the stories you found interesting last year are also those about strategic partnerships between foreign companies and our former giants, such as the textile plant Prvi Maj Pirot and the tire manufacturer Trayal.

The thing with which 2012 started remained in the spotlight till the year`s end. The first-ranked story on our list is the steelworks in Smederevo. From the first days of 2012, all economic sections of newspapers were filled with articles saying that the Serbian government had bought the Smederevo steel mill from U.S.Steel for USD 1. What came next was guessing who could become the new owner of the steelworks. We first hoped it would be the king of steel, Lakshmi Mittal from India, and then we though it would be Rinat Akhmetov from Ukraine. In the meantime, Germany`s TyssenKrupp and Ukraine`s Donetsk Steel gave up the acquisition. The fate of one of the largest Serbian companies is still uncertain because the government once again extended the tender to sell it. It is now being speculated that Russia`s Uralvagonzavod has remained the only pretender to our steel.

Second place goes to the Fiat company and its new model - 500L, popularly called "big Fica". After it was unveiled in Geneva in March, the new Italian ace went into serial production on July 4th in Kragujevac. We also carefully read all the news about the first exports of the Fiat 500L, where the Serbian railway company played a very significant role. Whether Fiat has unrealistic plans to produce between 120,000 and 180,000 cars a year at the time when car sales are increasingly dropping, we shall see at the end of this year.

The third-ranked investment is the production of combat systems in Velika Plana. On the last but one day of the previous year, Jugoimport SDPR opened an assembly plant for armored personnel carriers BOV M-10 and BOV M-11 and self-propelled howitzer NORA B-52, whereas the production of carriers LAZAR 1 and LAZAR 2 in cooperation with partners from Russia is in the pipeline. This plant is going to employ about 1,000 workers.

The story ranking fourth proves that Arabs arrived in Serbia before the recent visit of a sheikh from the Emirates. Namely, the Mulk Holdings company opened the Alubond Europe factory in Banatski Karlovci in November. According to announcements, this Arabian holding is going to invest about USD 20 million in the production of metal composite panels and colored rolls at that facility.

The next on the list, ranking fifth, is the announcement of the opening of another steelworks in Serbia in Sabac. Italy's Danieli announced in early 2012 its plans to open a steelworks in the city on the Sava River and invest about EUR 500 million in it. After elections, the information came out that Italians had given up the project in Sabac because they found it more cost effective to open a steelworks in Sisak instead. However, it was later confirmed that their plans were only put on hold for the time being.

Sixth place on our list goes to a German giant, the Bosch company, which started the construction of a factory for producing wiper systems for cars in Pecinci on September 25th. According to some earlier announcements, about EUR 70 million will be invested in that facility. The first phase of construction will see the completion of 22,000 square meters of space, and production is expected to start in the first months of 2013, when 60 people will be hired. The second phase of construction will kick off 2016, and the plan is that the factory has 620 workers by 2019.

Bosch is immediately followed by the Swarovski company, which ranks seventh. The Austrian crystal empire will most likely build a new factory in Subotica in 2013 and hire 550 workers. The factory will span an area of 15,000 square meters and, as it was announced earlier, the investor should invest as much as EUR 40 million in it.

The eighth-ranked story is the one about the fulfilled promise of Denmark's Grundfos. This company started and completed the construction of a production facility in Indjija in 2012, in which about EUR 50 million were invested. This new factory for producing water pumps and heating systems currently employs more than 300 workers.

Aside from Danes, their neighbors Norwegians were also active in Serbia last year. Therefore, ninth place goes to Hydro Design, the manufacturer of top-performance boats, which announced in October that it would be producing speed boats in Novi Sad. Scandinavians will be making several kinds of motor boats in Serbia, and they should start the production of a new, bigger and more luxury model, priced up to EUR 200,000, in the first months of this year.

The tenth-ranked story tells about the wish of a Canadian company to invest in Serbia's mining sector. Avala Resources announced last year that it was going to invest over USD 0.5 billion in the opening of two open pit gold mines at Crni Vrh, between Bor and Zagubica, by the end of 2015.

Stories ranking eleventh through fifteenth are as follows: the U.S. company Cooper tire that took over Krusevac-based Trayal and then opened a new tire factory, Slovenia's Mura that bought Pirot-based Prvi Maj and received significant incentives from the state, a decision of the U.S. company Cooper Standard to invest in a car parts factory in Sremska Mitrovica and create 600 new jobs, the newly opened factory of SNE Energy in Cacak in which Elektrovat invested EUR 1.6 million, and the Dunkermotoren company that began production in a new facility in Subotica in a bid to double its capacity.

Take a look at the complete Top 20 list of investments in the category of INDUSTRY and compare it with your own opinions, expectations and assessments.

One more thing - have you already read which projects attracted your greatest attention in the categories of AGRICULTURE AND FOOD INDUSTRY and REAL ESTATE.