If the morning shows how the day will be, then the land in Serbia will be cultivated with the help of the Arab capital, and a joint investment of the UAE leading agricultural company Al Dahra and our state of approximately EUR 200 million will mark the year 2013.

Judging by the users of eKapija, the year of droughts, 2012, was marked by only few investments in the agrarian sector, especially those related to secondary production, whereas investments in irrigation and other things related to primary production were missing. Whether there weren`t any or they were implemented silently, you can judge for yourselves.

The first on our list is an energy-efficient dairy, Eko-mlek, which was a candidate for the Aurea Award. The second-ranked investment is Zvonko Bogdan Winery, winner of the Aurea Award, whereas the third is the story about unsuccessful sale of Imlek and Mlekara Subotica.

The news that Foodland`s packaging is the best in the world came out in early 2013, while the last year was marked by the information that this food manufacturer opened a new production facility in the village of Igros near Brus. 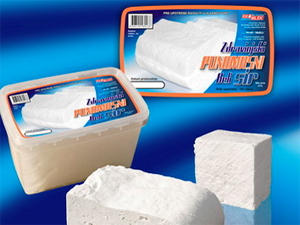 In late 2012 the Eko-mlek company opened a new 4,000 sqm dairy plant in the village of Kaonik near Krusevac, in which it has so far invested about EUR 1.8 million. That project was talked about during the whole year, which is why this eco-dairy ranks first on our Retrospective list. This company won the ProBusiness Leader Award in early 2012, when it announced the construction of a contemporary energy-efficient dairy plant. As it was said on that occasion, this investment will pay off in ten years thanks to big energy savings. New technologies earned Eko-mlek a nomination for the Aurea Investment of the Year Award in March. As promised, the new dairy plant was opened at the very end of 2012. However, Eko-mlek is not going to stop there. The company`s owner, Perica Jankovic, announced that the milk processing capacity will be about 100,000 liters per shift over the next two years, after which it will be increased to 300,000 liters.

The users of eKapija agreed with the jury and gave a great importance to the new winery in Vojvodina, named after our celebrated artist Zvonko Bogdan. This project ranks second on our list. The winery was opened in 2011, and it was in 2012 that it participated in various festivals and won numerous awards. From the very start, there has been but one rule at the winery – everything must be top of the tops: from climate and land to the endeavor to move on to the organic production. The chief enologist at the winery, Thomas Seeger, transferred his long-time experience in winemaking to the winery in Subotica, where he introduced a so-called “anaerobic fermentation system.“ The winery is equipped with the state-of-the-arts production technology, stainless steel vessels and centennial oak barrels, and each vessel where wine is stored is connected to a computer network, so that it can be remotely controlled.

The intention of the Royal Friesland company to take over Imlek and Mlekara Subotica ended in a failure, securing the story of these dairy plants the third place on our list. After mutual positive comments, there was a cold shower because the Dutch company gave up the acquisition. People at Danube Foods Group, which is run by the investment fund Salford, announced on that occasion that negotiations on the acquisition of dairies were discontinued because "the two companies have failed to reach a satisfying agreement on the transaction." However, the media later reported that the sale of Imlek and Mlekara Subotica had failed due to Royal Friesland`s intention to buy them below their price.

Foodland opened a new EUR 3.5 million factory in Igros near Brus. New projects of this champion of quality and design rank fourth on the Retrospective list. The surface area of the new facility is 5,000 square meters, while the factory complex spans about three hectares. With the construction of a new plant, the annual fruit and vegetable processing capacity will grow from 2,800 to 6,100 tonnes, and the plan is to boost that capacity to 10,000 tonnes. Foodland markets its products in more than 25 countries worldwide, and its product portfolio includes healthy and organic food.

The fifth-ranked investment is Berko, the first Serbian combine for picking raspberries and blackberries, which was designed by an engineer and the owner of Sopot-based Elektronik, Srbobran Petrovic. However, this unique agricultural machine for picking raspberries mechanically is still in the test phase, so that picking is done only to promote the combine and not for commercial purposes. According to the machine inventor, this is because farmers are yet to realize its importance and get familiar with the machine. The Ministry of Agriculture has promised to help its promotion. 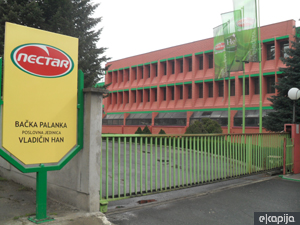 The sixth-ranked is Nectar`s investment in Delises from Vladicin Han. The company from Backa Palanka invested over EUR 7 million in the production of fruit concentrates, which are both used in the company`s production and exported to European countries. In late 2011 Nectar also took over former Delises` cold storage plant. As we were told in April by Milovan Rankovic, director of Nectar`s business unit in the municipality of Vladicin Han, the current capacity will be significantly boosted with the commissioning of the new cold storage plant.

An always relevant topic - energy efficiency and alternative energy sources, rank seventh this time. This place belongs to the story about the European Bank for Reconstruction and Development`s EUR 10 million loan to the agricultural company Victoria Group for the installation of two biomass-fired boilers at its oilseed crushing subsidiaries. It was announced that the new biomass boilers would be installed at Sojaprotein soy processing company and Victoria Oil, an edible oil producer, both part of the Victoria Group. It was estimated that overall the project would help Victoria Group cut its consumption of fossil fuels by 20,000 tonnes per year, which would result in a substantial cost saving of EUR 5.8 million. The new boilers will also help reduce the company’s carbon footprint by an estimated 58,000 tonnes of carbon-dioxide annually.

The eighth place also belongs to Victoria Group, which commissioned Sojaprotein`s new factory, with the capacity of 70,000 tonnes, in which about EUR 30 million was invested. In that way, the total annual processing capacity was increased to 250,000 tonnes of soybeans. The new factory for producing traditional soybean protein concentrates in Becej is a unique complex in Europe because it brings together all phases of soybean processing. The products of the newly opened factory have the widest application in the food industry, as well as in the pharmaceutical industry, considering a high percentage of proteins they contain. Thanks to this investment, instead of current 50 percent, Sojaprotein will be exporting nearly 80 percent of products, which are mainly based on non-genetically modified soybean. 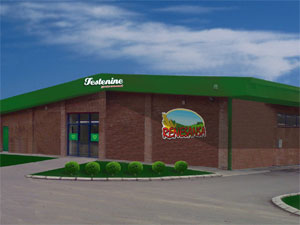 The ninth-ranked investment is something people will talk about in 2013 as well. Namely, Jana Komerc kicked off the construction of Renesansa factory in May 2012 in the industrial park Small Steps in Feketic near Mali Idjos, where production is expected to start in the spring 2013. This production facility spans about 2,200 square meters. Besides, it was also announced that the company would expand its portfolio of products. So far, only pasta has been produced under the brand Renesansa, while the factory in Feketic will also produce biscuits. The investment is worth about EUR 1.5 million. Once it moves its factory from Vrbas to Feketic, Jana will keep all the existing workers and hire about 20 new people, so that the factory Renesansa in Small Steps will employ the total of about 60 workers.

The tenth-ranked project is a winery in the Nis village of Kamenica at Cegar, where approximately 100,000 kilograms of grapes will be processed per year. Construction of the fruit and vine growing center Cegar, better known as Kamenica, commenced May 4th. It will be a place for purchasing grapes, processing and bottling wines, while presentations will be held in the wine tasting room. This facility will also comprise a laboratory, which will be fully equipped to perform analyses in all stages of production.

Take a look at the complete rank list of investments in the category of AGRICULTURE AND FOOD INDUSTRY and compare it with your own opinions, expectations and assessments.

One more thing - have you already read which projects attracted your greatest attention in the categories of SHOPPING CENTERS, SPORT, TOURISM, ENTERTAINMENT AND RECREATION, INDUSTRY, TRANSPORT, TELECOMMUNICATIONS AND IT, and REAL ESTATE, HEALTH CARE?