Passengers on an airplane flying to Shermetyevo, the largest international airport in Moscow, may land on one of the runways built by Planum. This company from Belgrade, which celebrated its 65th anniversary of operations on January 14th, can take pride in recently signed contracts for USD 1 billion works in Angola as well as in significant infrastructure facilities it has built in Russia. They also work on Corridor XI in our country.

Ratomir Todorovic, director general of Planum, says in a talk with eKapija that they are satisfied with business results in the previous year and announces new projects for 2013.

- We fulfilled most of our plans for 2012. All that we planned to do abroad was done. We also signed contracts that will keep us busy over the next two or three years, the largest of which is for USD 1 billion worth of works in Angola. When it comes to Serbia, the plan is to finish the work on the Ub-Lajkovac road this year. Also, it would be good to start working on the entire section between Ljig and Preljina and both tunnels as soon as possible. Our original plan was to do that before the winter, but we failed because expropriation was not completed - says Todorovic.

Todorovic has also mentioned the cooperation with Chinese companies that should partake in the construction of Corridor XI, that is, sections Obrenovac-Ub, Lajkovac-Ljig and Pojate-Krusevac-Kraljevo, which will be financed with the proceeds of a loan extended by China's Exim Bank. 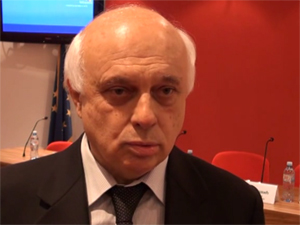 - This year we plan to start negotiations with the Chinese on the construction of some new sections of Corridor XI.

Our interlocutor says he is not satisfied with the progress of the work on Corridor XI.

- It's been almost two years since we started working with Putevi Uzice on the Ub-Lajkovac section, which was supposed to be finished in late 2012. However, that road has not been completed yet for several reasons. The primary reason is a slow process of expropriation, which is still ongoing for some middle parts of that section. Another problem was that our third partner, PZP Beograd, ran into difficulties, went out of business, so we had to wait for its status to be legally resolved in order to continue working where they left off – Todorovic explains and adds that if the process of expropriation is completed in a month or two, it will be no problem to finish the entire section by summer.

When it comes to the construction of the third lane of the bypass around Belgrade running from Dobanovci to Ostruznica, our interlocutor says that an agreement has already been signed, but they now wait to get a building permit to start construction.

- For that project we have formed a consortium with the company Ratko Mitrovic-Niskogradnja, but there are still some legal issues to resolve. Earthworks are done, so that construction works should be completed shortly after we get a building permit.

The director general of Planum points out that projects abroad keep the company "alive" because it is very hard to win a contract in Serbia when competing against so many foreign companies.

- We participated in almost all tenders, except last few ones, because we've given up. Participating in a tender costs a lot, between 30,000 and 50,000 euro, and we see no point in answering calls for bids any more. The bids we submitted as part of a consortium were quite low, but those submitted by foreign companies were always 10-15 or even 30 percent lower. Once they win a contract, these companies usually raise their bid. They use all opportunities for obstruction to increase their demands, and the state tollerates it all.

Todorovic stresses that the state has not paid them yet for the roads they built, adding that that the money has been paid to banks for loans, while they are still owed about RSD 500 million by the state.

In late 2012 Planum signed billion-dollar contracts for works in Angola, and it should start implementing the first of the three capital projects for the needs of the army of that African country in February. 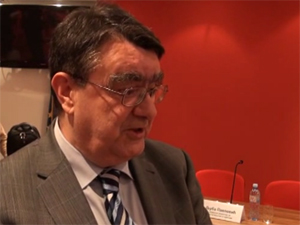 - Construction of a 180,000 sqm military hospital will begin in February and an air force base by end-June. During the year we should also commence the construction of six pharmaceutical plants for the needs of the Army of Angola. All new contracts are a result of our long-time presence in Angola - Blagoje Cirovic, executive director of Planum's subsidiary in Angola, Ango-Planum, said at a press conference.

Cirovic reminded that an agreement on the implementation of projects was reached last year, during the visit of Angola's defense minister to Belgrade.

People at Planum said that the company would get guarantees for contracts signed with the state of Angola from Swiss and Russian banks operating in that market, adding that they were unable to get guarantees in Serbia, regardless of the size and importance of the projects.

About 600 people from Serbia will be working on these projects in that African country. Planum's officials pointed out that the operations of that company in Angola paved the way for other construction companies from Serbia to find their place in the implementation of projects.