NIS named Employer of the Year, Veran Matic Manager of the Year - Serbian Association of Managers presents awards for 2012 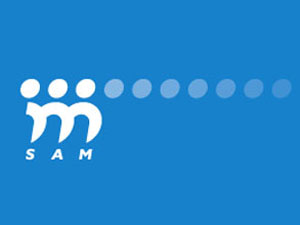 Veran Matic, the chairman of the B92 Board of Directors and the president of the B92 Fund, won the first prize and the Manager of the Year 2012 title for, among other things, the greatest contribution to social responsibility with the Battle for Babies campaign, whereas the second and the third prize in that category went to Vladan Zivanovic, executive director of SAGE, and Borislav Miljanovic from Represent System.

SAM also presented awards to best young managers under the age of 35. The first prize in this category and the Best Young Manager 2012 title was won by Aleksandar Poznanic, marketing director at Jaffa, while the second and the third prize went to Bosko Tomasevic from Jones Lang LaSalle and Darko Popovic, member of the Executive Board of Banca Intesa, respectively.

SAM members also declared the Faculty of Organization Sciences in Belgrade as the Best Institution for Education and Professional Development of Managers, whereas Cotrugli Business School and Adizes SEE won the second and the third prize in this category, respectively.

Srdjan Ognjanovic, director of the Mathematical Grammar School, won a special award for his contribution to the youth.

The SAM awards ceremony was attended by more than 200 guests, and the sponsor of this gala night was Fructal.