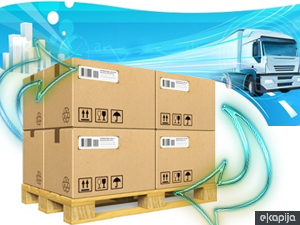 On December 6th, the Investment and Export Promotion Agency (SIEPA) presented the 2012 Best Exporter award to Vrsac-based Hemofarm, which markets its products in 30 countries on three continents. On that occasion, SIEPA also presented awards in four more categories.

The SIEPA award in the SME category went to Kragujevac-based Gomma Line, which produces rubber and technical parts for motor vehicles and exports them to the markets of Russia, Belarus, Ukraine, Uzbekistan, Germany, France and former Yugoslav republics.

Kirka-Suri from Belgrade won the award in the Best Export Product category for its steam boiler plant powered by wheat hay, which is the first product of that kind in Serbia.

Topola-based Podrum Aleksandrovic, which managed to export its wines to China this year, won the award for conquering a new market.

A special award for the best woman entrepreneur, which SIEPA presents for the second time, went to Lidija Nikolic from Knjazevac-based S.C.S. Plus, which produces seats, rests and bodies of compressed beech veneer and exports them to Germany, Sweden and the Netherlands.

Sponsors of this year's SIEPA Exporter of the Year awards ceremony are: Komercijalna Banka, which presented Gomma Line with a check for EUR 10,000, DHL International Beograd, which will provide EUR 10,000 worth of freight transportation services to Podrum Aleksandrovic, and Orange Studio, which will design a EUR 10,000 promotional marketing campaign for Kirka-Suri.