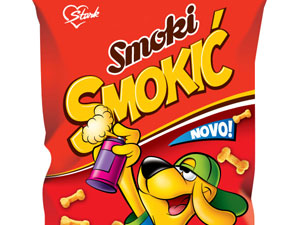 Since Croatia's Atlantic Group took over Soko Stark in late 2010, EUR 3 million have been invested in that Serbian company, and the plan is to invest another million euros in it by the year's end, Soko Stark CEO Matjaz Vodopivec told Press daily.

He also said that EUR 8 million would be invested in the production of chocolate products and flips over the next five years.