It was not all the same to Vladicin Han when the production was halted at Delises, once the biggest agribusiness in the Balkans, famous for HANI juices and mashes for babies. Also, it was not all the same to Nectar when it decided in 2003 to start the production at Delises' old facilities, thus initiating the economic development of that part of the Pcinj region. When asked about the economy in their municipality, the citizens of Han today first think of Nectar's factory. The company from Backa Palanka has invested over EUR 7 million in the production of fruit concentrates, which are both used in the company's production and exported to European countries. Late last year Nectar also took over former Delises' cold storage plant.

On the occasion of eKapija's visit to the factory, Milovan Rankovic, director of Nectar's business unit in the municipality of Vladicin Han, told us that the current capacity would be significantly boosted with the commissioning of the new cold storage plant.

- In late November 2011 we bought a cold storage plant that was in a very bad condition at the time. This facility is currently undergoing a complete rehabilitation, so it could be put in operation by June, that is, until the start of the season. Nectar is going to invest EUR 3 million in this cold storage plant, whose capacity is 3,000 tonnes at -25 degrees Centigrade. Therefore, we can process between 7,000 and 10,000 tonnes of various fruits annually – Rankovic told eKapija, adding that the takeover of the cold storage plant was followed by the formation of the company Delises Hani that would manage the plant. 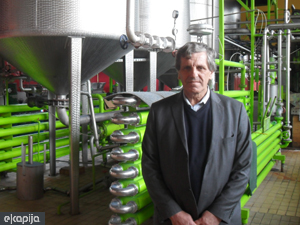 Nectar has 84 permanent employees at its factory in Vladicin Han and hires additional workers for a definite period of time during the fruit season. The company produces a substantial portion of its portfolio of semi-finished products at the facility in Han.

Rankovic stressed that they were satisfied with the operations in 2011, considering that the factory operated at more than 80% of its capacity.

- We have raised the production at this factory to an enviable level since 2003. However, fruit concentrates are stock items that depend on the yield of fruits in Europe. For example, a cherry concentrate is based on the price of cherry in Poland, which is one of the largest manufacturers of fresh cherries.

Raw materials for the factory in Vladicin Han are supplied from all around Serbia, while certain portion of fruits is imported. 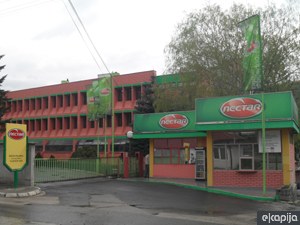 - We would be very pleased if all raw materials were supplied from the territory of the municipality, but our production requires a large quantity of raw materials, which is why we procure fruits from all parts of Serbia and even import apples, peaches and strawberries from Macedonia.

Rankovic complimented the municipality on its action involving free distribution of fruit seedlings among agricultural manufacturers.

- The municipality of Vladicin Han is a very suitable environment for growing various kinds of fruits, so that local farmers should continue to receive incentives in order to increase the surface of their orchards. Cooperation with the municipality of Vladicin Han is on a very good level, especially when it comes to privatization, because municipal authorities were the ones to advocate the acquisition of Delises by Nectar - said Rankovic.