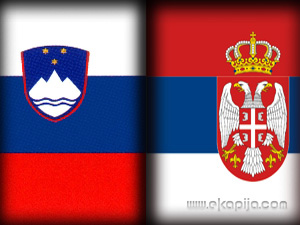 For the third time in three years, "eKapija" and Slovenian Business Club have united, proud to create another business Serbian tradition, through expectation of publication and presentation of the Slovenian-Serbian stories ranking list of one year, which have been of greatest interest and readership on "eKapija".

As the years pass, topics and interests have been changing, and this year three themes and slogans have marked this third ranking list. In fact,

- The most famous Serbian economy "players" have actively begun to position themselves in Slovenia, both through acquisitions and through positioning and direct investment in the first ex-Yugoslavia country that entered the European Union.

- Many small Slovenian investors and investments were evenly distribute almost all over Serbia.

- "Buy and build more and better in Serbia, while at the same time someone else buys you" - read "Mercator". Definitely, "Mercator" has been very active in Serbia, bravely and optimistically investing in the country, and simultaneously did the process of taking ownership of the large retail chains in the head office in Slovenia.

For this "story of 12 stories," one might say something more - it started in 2011 with little sadder and not always optimistic news, and as time went by, the stories were getting better and better.

Let's start from the beginning. 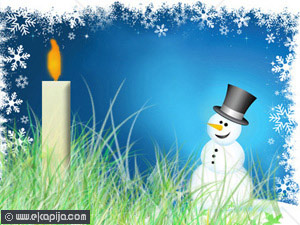 It started with New Year celebrations, which have been enlighted with tens of thousands of young and less young Slovenians on the squares and in restaurants of Belgrade, and then they were followed up by Orthodox Christmas, numerous Slavas with rich traditional menus....

Readers' attention was on the following:


- The fear of SCT banckruptcy in Slovenia to slow down or delay the opening of the bridge at Ada.

- Announced start of production of biomass in "TERMOVENT" in Medvedja, in southern Serbia.

- Dispute and a possible court process due to JAT company's 'maneuvers', who negotiated flights from Portorož to Rome, and later failed to provide them.

"Winner" of January was the news that the construction of Zezelj bridge in Novi Sad will be started in summer, with signed contract worth 45.3 million euros. 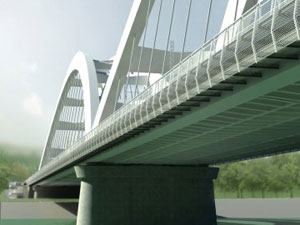 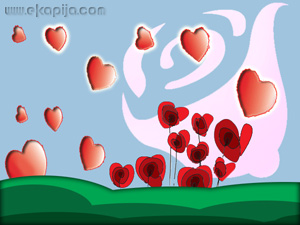 February was marked by the following stories:

- The first stories of the announcement that "Agrokor" and EBRD plan to take "Mercator".

- That "Impo Seval" is investing 10.8 million euros in equipment for coloring sheets.

- That it is in plan to expand the production of "Labod" in Rekovac, with employment of 82 workers more 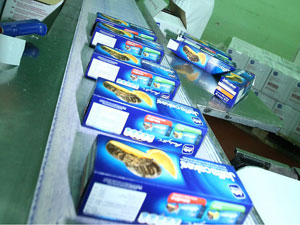 ... While most attention was causing the storm around Serbian brands, Jaffa cakes, and the later statement that "Jaffa," placed in Slovenia, does not endanger the health of consumers. 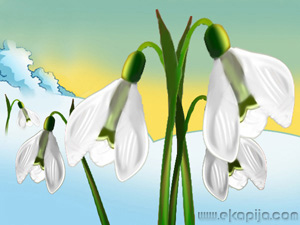 In March there were fewer Serbian-Slovenian stories, but they were valuable because:

-Serbian "Nectar", along with 18 other opponents, announced its intent to take "Fructal".

- "Idea" and "Agrokor" reported that they were taking supermarkets of "Tus" in Serbia.

- "Adria Airways" has made many regular passengers between Serbia and Slovenia, with information that there will be 8 flights per week, from April.

.... while the "top story" was the information that "Mercator" was negotiating to buy two national retail chains (later to be found out which). 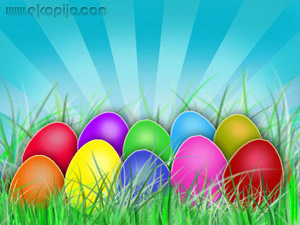 - Another possible acquisition was announced in Slovenia, and the most serious contenders for recapitalization of "Paloma" were Serbian "Drenik" and Slovakian SHP.

- "Petrol" opened the sixth gas station in Serbia, this time in Vrbas.


However, the biggest interest was in Kostic's statement - that "MK Group" was very interested in hotels in Croatia and in "Fructal" and "Zito" in Slovenia. 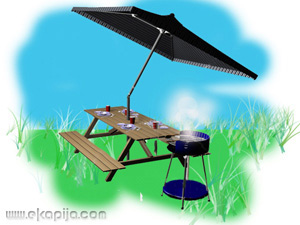 May brought the people out, summer was approaching, the economy had not stopped.

- Beautiful and imaginative project "Cyber ​​House" in Mokrin was rated among the most beautiful in the world, and the awards came from experts from Slovenia.

- Slovenian "Mlinotest" opened a plant for production of stuffed pasta and gnocchi in Ruma.


.. while the top story was a sequel of "Fructal" story, where (still with a "?") it was indicated that "Nectar" was buying the famous Slovenian producer of juices and soft drinks. 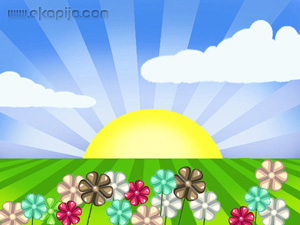 On that hot June it was announced that:


- There will be no delays on the bridge at Ada, as the Slovenian company "Primorje" signed with the city of Belgrade a contract for construction of access roads to the new bridge, and across the Sava River.


... and the story of the month was disclosure of names - that "Mercator" wants to buy "Jabuka" and "Familija". 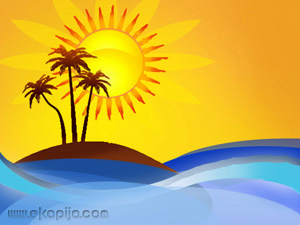 The summer came, the citizens of Serbia have gone to the seaside, now free of visas and a large part has devoted to the enjoyment of EXIT, the World League final tournament in volleyball ...

- Then they announced the new service of "Telenor" 'PlatiMO', which enables cashless payment via mobile phone - with the "know how" of Slovenian company "Halcom".

- Subotica based "ATB Sever" and Slovenian "Andino Hydropower Engineering" have proudly announced that they were equipping mini hydro power plant at the dam "Prvonek".

- A joint project of the four countries has been presented - "Sava-nautical tourist guide". 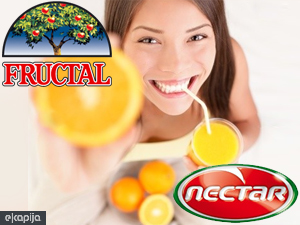 ... while most widely read story was the completion of the "Spanish Series" - "Nectar" bought Slovenian company "Fructal" for 50 million euros.

Summer was slowly passing, but everything was facing the water. Those who had worked in July, were swimming in August. There were some other fluids, but not sea water, because they occurred at famous Guca and Beer Fest in Belgrade ...

- Slovenian "Don Don" has signed a lease agreement on "ŽITOPRODUKT".

- Belgrade "Korekt Company" put the dam on the river Bjelica, so residents and visitors were allowed to swim in Guca, with the help of Sava kranj technology.


...and the theme of the month was that boilers "Metalac" were entering Slovenian market in a big way, because this well-known Gornji Milanovac based manufacturer started cooperation with "Mercur". 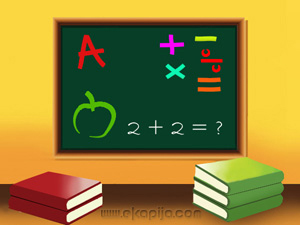 
- Fashion house "Luna" arrived in Maribor, after Oslo, because this Serbian company opened a retail store in Slovenia.

- Milorad Milosevic from Kamnik in Slovenia has announced an Eco-village among the vineyards of Fruska Gora, announcing he will build a tourist complex with 20 log cabins, golf courses and winery.

- Slovenian "Peko" announced the opening of a shoe factory in Knjazevac

... and users of eKapija were most intrigued by information that "MK Group" was buying "Zito Group" and Miodrag Kostic submitted the best bid for ownership of the Slovenian company. 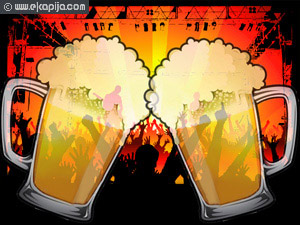 Intensive consumption of food at the great Serbian Slavas has begun.

- "Cargo 10" project was joined by the railways of BiH and RS.

The story of the month was that New credit bank Maribor (probably) wanted to merge Credy bank with Privredna bank in Belgrade. 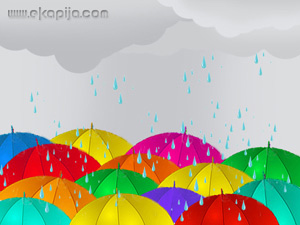 "Lotrič" company announced that it would open in Kragujevac a metrology laboratory.

- "Fima money" has decided to change its name to "Ilirika kes" - DZU "Ilirika" and with acquisition of open-end fund from "Fima Invest" came to 13% of the market of Serbia. 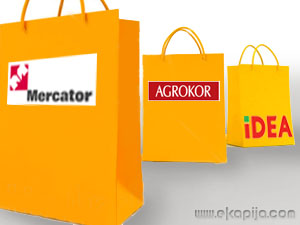 The best story of November was another complete series - that the Croatian "Agrokor" requested permission to purchase commercial chain "Mercator" in Serbia. The end of the year was near, but there was still a lot of work.


- After last year's story of the retreat from Serbia, it sounded nice that there had been an increas of the capital of NLB bank in Serbia for 15 million euros.


- "Antares & Bdrp" started the production of sports clothing in Sivac, employing 75 workers and

- "Gorenje" decided not to build a factory in Valjevo in 2011, while the City of Valjevo announced that it expects the Slovenians demand just an extension of the deadline.

The winning story is of one man, Zoran Jankovic, winner of the election in Slovenia, who is believed to be exporting project in Slovenia by many, since Zoran was born in Smederevo where he spent most of his childhood.