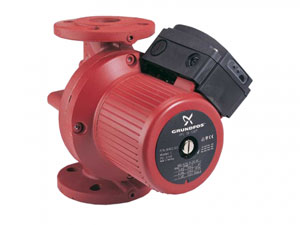 The pump manufacturer Grundfos from Denmark will start the construction of a new factory in Serbia this spring, which was earlier postponed due to the economic crisis, Ambassador of Denmark to Serbia Mette Kjuel-Nielsen announced.

- That had already been announced, and then the crisis came and companies had to check whether there was a demand for such products. However, after all delays, the construction of a new factory will definitely kick off this spring - she said in an interview for EurAktiv.

Kjuel-Nielsen reminded that that company was already present in Serbia, where it had moved a production facility from Denmark a year or so earlier.

- During the last year I witnessed the increasing interest of companies from Denmark in the Serbian market. A growing number of SMEs contact the embassy to get the information, consider the areas they are interested in, and find out who their partners could be - said the ambassador of Denmark, which will officially take over the EU Presidency from Poland on Wednesday.

According to her words, the biggest potential for cooperation lies in the fields of agriculture, textile, metal processing, service relocation in the area of information technologies, and in various domains of the energy sector, such as energy efficiency technologies and assistance in the construction of plants powered by alternative energy.

The ambassador of Denmark assessed that, although it possessed huge resources of alternative energy such as biomass and biogas, Serbia depended to a great extent on only one source of energy.