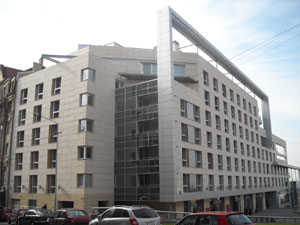 Thanks to a cooperation between the Office Space Division at Colliers International and JZT, member of the Russian Railways Group, an agreement has been reached on the rental of an office space in downtown Belgrade, in the first "smart building" in Serbia - B2, in Balkanska street.

Colliers International has rendered the services of market research, consulting and mediation in the lease of office space to this renowned client.

- The company JZT plans to invest significant funds in Serbia's economy in the following period, thus creating an opportunity for further development in the market of Serbia - reads a release issued by Colliers International.

As it was announced, after a successful deal with the US company Sitel SBA, global leader in the field of wireless technologies, Colliers International has been chosen by another world-renowned company to be its adviser for the entrance to the market of Serbia, which additionally strengthens Colliers' leading position in the real estate market in Serbia.