Introduction of "smart grids" in the power supply companies of the Electric Power Company of Serbia (EPS) is one of the most important and largest investments in the EPS.

As people at that company explain, that investment will improve the grid management and cut the losses. A state-of-the-arts metering systems, equipped with "smart electric meters" as only one segment of the system, will raise the quality of services rendered to customers and increase the energy and economic efficiency of the EPS, the company said in a release.

However, what is less known to a broad public is that the introduction of "smart electric meters", the project financed by, among the rest, the European Bank for Reconstruction and Development and the European Investment Bank, is only one of "large" projects where consulting services are provided by the Italian company CESI and the company South East Europe Consultants (SEEC).

SEEC provides consulting services in the sectors of energy and environment protection in Serbia and the region of Southeast Europe for almost nine years now, and it is currently engaged in numerous projects, most of which are financed by famous institutions such as the EBRD, the World Bank, the European Investment Bank (EIB), KfW, as well as investors from abroad.

SEEC is a member of Decotra Group, headquartered in Milan, which has another four affiliates operating in Serbia and one operating in the Republic of Srpska. 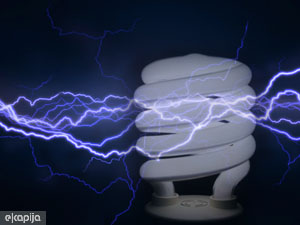 Dr. Andrea Martinoli, a special adviser at the company, explains in an interview for eKapija that the consulting company SEEC comprises four divisions. The first division provides consulting services in the fields of thermal energy and energy efficiency, the second division deals with the problems of water energy and water power systems, the third division is primarily focused on projects in the domain of electricity generation, while the fourth division deals with renewable energy sources and spatial planning.

Our interlocutor says that the introduction of "smart electric meters" on the territory of all five power supply companies in Serbia is only one of extremely important projects that all SEEC experts are currently working on.

The introduction of "smart electric meters" in Serbia runs parallel to the same project in Montenegro, and SEEC and CESI work together on both projects.

Advices for energy efficiency at SMEs

A project of the same importance to the economy of our country is the opening of a financial line for private investors for small and medium-sized enterprises (SME) for identification of profitable projects in the domain of energy efficiency and renewable energy sources. This regional project, which is also financed by the EBRD, is being implemented for two years now. Financial lines are intended for small and medium-sized enterprises in Southeast Europe.

Dr. Andrea Martinoli says that they, as consultants hired by the EBRD, carry out a technical audit of project proposals and "report on whether something is profitable or not."

- We are hired as part of a consortium, which also includes Fichtner, one of Germany's leading consulting companies.

Aware that it is a regional project, SEEC has also appointed the Electricity Generation Institute from Zagreb as a subcontractor.

This project, in which small and medium-sized enterprises are offered favorable loans to finance projects in the domains of energy efficiency and renewable energy sources, will last for another year or year and half.

Five years ago we formed a very strong team of experts for hydroelectricity and water power systems. Ever since, SEEC experts have also been working for the Norwegian investor Technor Energy Asa on the development of seven small hydroelectric power plants, of 14 megawatts each, on the Bosna river in the Republic of Srpska, in the area between Doboj and Modrica. SEEC prepared a complete investment and technical documentation for this project, from the preliminary justification study to the preliminary project design, as well as tender documents for the appointment of EPC contractor in accordance with FIDIC standards. It is expected that SEEC will be working for the investor as an adviser until the end of the implementation of that Project, of which value is estimated at about EUR 300 million.

The company SEEC also has a branch office in Montenegro, and since there are not enough experienced experts from the branch in that country, they saw the chance to cover and conquer the market of Montenegro as well.

Since European banks such as EBRD and EIB often launch same or similar projects in several neighboring countries in our region at the same time, we asked the special adviser if that made it easier for SEEC to get more job?

- That definitely makes our job easier. It often happens that foreign advisers directly contact us offering a cooperation because they see us "as a renowned and reliable consulting company that is well familiar with the local business conditions and situation in the market" and as a potential partner for all bigger regional projects - Dr. Andrea Martinoli concludes.