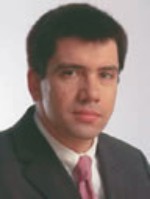 Assembly of Erste bank Novi Sad (former Novosadska banka), appointed Sava Dalbokov as new director general of the bank, instead of Vladimir Medan who will be the councillor of director general.

Dalbokov has also been apointed new member of Executive Board of Erste bank Novi Sad, a member of which is also the deputy of director general Jasna Terzić.

Dalbokov used to be a member of the Management of Erste and Steiermarkische bank in Croatia and he was in charge of the Property Management Sector, IT and Organization Sector and the Securities Department. He graduated finances and economy in 1994 from the University of Massachusetts (USA) and got MA degree in business and administration in 1996 from the University of South California (USA), in cooperation with the Economy University in Vienna.

Dalbokov works in Erste Bank group for nine years and he was on the team that achieved great success in the takeover of the biggest retail banks in Czech Republic and Slovakia, establishment of the third biggest bank in Croatia and procurement of Novosadska banka.