Transferring financial players - Who is who in investment funds market in Serbia? 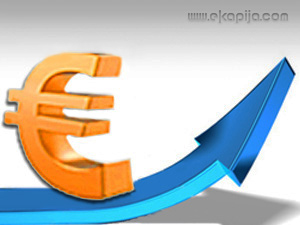 End of June 2011 will be remembered for the biggest ever acquisition in the investment funds market in Serbia. Namely, Slovenia's Ilirika has taken over funds Delta Plus and Delta Dynamics, thus acquiring a market share of about 20 percent. A question that immediately arose among the investment public is whether such change will affect the balance of power in the funds market.

FIMA Invest Portfolio Manager Vladimir Draskovic says for eKapija that aforementioned consolidation is good for the progress of this sector, which is still in its early phase of development.

- That is good for investors because the consolidation will help funds management companies provide a better service. I am also of the opinion that competition will not be significantly reduced and, on the other hand, investors will benefit from this change, which is also very important.

There are 20 investment funds operating in Serbia, 15 of which are open-ended, three are private and two are closed-ended funds. They are managed by seven companies, all of which are in private possession.

Investment funds ended the business year 2010 with positive results, which was not the case in 2009 and 2008 when they registered losses.

A report of the Securities Commission shows that the total net losses made by investment funds exceeded RSD 25 million, that is, EUR 238,000. Out of total of 20 funds, 14 turned a profit. The most successful funds last year were FIMA SEE Activist (RSD 19.5 million) and FIMA ProActive (RSD 15.7 million). A significant business success, with the average value of about RSD 8.2 million, was achieved by the following four funds: Delta Plus (8.7), Erste Cash (8.6), Raiffeisen World (7.8), and Erste Privatni Investicioni Fond (7.6).

Six funds registered losses last year, while the biggest loss-makers among them were Parisbel, Raiffeisen Akcije, and Triumph Elite. 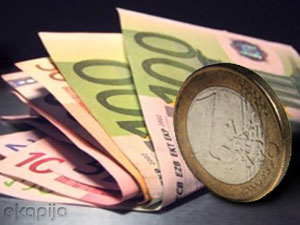 At a recent conference of the European Forum of Deposit Insurers (EFDI), Prime Minister Mirko Cvetkovic said that the possibility of including investment funds in the deposit insurance system was taken in consideration.

- New regulations that would enable investment funds to join the deposit insurance system would contribute to further preservation of stability of the financial sector and they would be in line with the European directive – Cvetkovic explained such decision at aforementioned conference in Belgrade.

DZU Ilirika Portfolio Manager Predrag Pavicevic told us on the margins of the conference organized on the occasion of the takeover of Delta's funds that he had heard about that proposal, but only from the media, and said it did not seem that realistic. Pavicevic wondered what would be the interest of the state in all that.

A colleague of his, FIMA Invest Portfolio Manager Vladimir Draskovic says for our portal that the prime minister's proposal is feasible, but unnecessary.

- It is not necessary to insure deposits because those who invest in investment funds are familiar with the risk of investing in them. Having in mind that such investors should have a bigger investment potential (property), there is no need for such type of investors to insure their deposits.

What should be underlined is that various types of investment funds carry various risks. Among them are balanced funds and value preservation funds that invest their property in safe investments only, such as government bonds. However, it is not a practice that investors in such funds insure themselves against losses arising from bad investment decisions.

On the other hand, there are appropriate operative risks, but these risks are something that competent control institutions deal with. There is also an appropriate amount of capital that each investment funds management company disposes of, and it purpose is to protect investors in funds from such risks.

Who owns investment funds in Serbia?

When we take a look at the list of owners of investment funds management companies, we can see entities from Serbia, Austria, Italy, Croatia, and Slovenia, including Banca Intesa, Komercijalna Banka, and Raiffeisein Bank. It is interesting that a shareholder and the director of the management company Revelin Asset Management is Nikola Djivanovic who is currently in prison.

This man was also the chairman of the Managing Board of Beograd Film. He and four of his associates were arrested in late March under suspicion of abusing their position in the sale of five cinemas in Belgrade and inflicting 4 million euros worth of damage to that company and 1.5 million euros damage to the budget of Serbia. However, a positive thing is that Revelin Asset Management does not have its fund or investors.

Investment funds started operating in Serbia the latest of all countries in the region, but on a healthy basis, gradually. They, just like the whole financial market, are coming out of the crisis and showing a great maturity and management skills, President of the Securities Commission Milko Stimac said recently.

When asked to say his predictions for the values of investment units by the year's end and to list the turning points that may "raise" the price, FIMA Invest Portfolio Manager says that all depends on the markets the funds invest in.

- For the funds such as funds managed by FIMA Invest and those investing primarily in the domestic market, a responsible fiscal policy and stable macroeconomic situation would affect the short-term trends of prices of shares of the domestic companies the most. That would also have a positive impact on the business results of these companies.

By the way, funds that operate in Serbia place more than 90 percent of their investments in our country only. After the takeover of funds Delta Plus and Delta Dynamics, Ilirika Portfolio Manager told eKapija that they were also considering investing abroad. Namely, they would first invest the countries where Slovenia's DZU Ilirika is already present, and then, maybe, in other European and world markets.