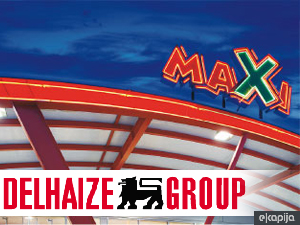 The Belgian international food retailer Delhaize Group, announced today that it had entered into an agreement to acquire 100% of the retail company Delta Maxi Group for EUR 932.5 million.

That price includes Maxi's net debt of EUR 300 million. The transaction includes the real estate ownership of more than half of the stores in Serbia and seven of the distribution centers of Delta Maxi Group.

- We are very excited about this transaction that fully supports the acceleration of our sales growth rate, a key priority of our New Game Plan. Delta Maxi Group is a strong retailer built very dynamically in five countries in Southeastern Europe, a region that Delhaize Group has thus far focused on with Alfa Beta in Greece and Mega Image in Romania - Pierre-Olivier Beckers, President and Chief Executive Officer of Delhaize Group, said in an official press release.

Delhaize expects the operations in seven Southeastern European countries to generate revenues of approximately EUR 3.4 billion and to cover a network of more than 800 stores.

According to Delhaize, this transaction is an important step in rebalancing the group's geographic portfolio between it's U.S, European and Asian operations.

Kostas Macheras, Executive Vice President of Delhaize Group and Chief Executive Officer of Southeastern Europe said: “We have a lot of respect for what Delta Maxi Group has achieved over the last decade".

- Delta Maxi’s millions of customers can count on us to continue the first class service they have been enjoying in their favorite stores. Additionally, Delta Maxi Group customers will be able to benefit from our operating companies’ expertise in assortment and merchandising - Mr. Macheras stressed.

Delta Maxi Group began operations in 2000 and is headquartered in Belgrade, Serbia. Today, the group operates more than 450 stores in Serbia, Bulgaria, Bosnia and Herzegovina, Montenegro and Albania. In Serbia, Delta Maxi operates approximately 350 stores and is the largest food retailer.

Estimated annual revenues of Delta Maxi Group for 2011 amount to EUR 1.35 to 1.4 billion and estimated 2011 EBITDA amounts to EUR 85 to 90 million. Delta Maxi Group employs approximately 15 000 associates across its markets.

The acquisition of Delta Maxi Group is subject to mutually agreed upon and customary conditions, including the approval by the merger control authorities in Serbia, Bulgaria, Montenegro and Albania. The transaction is expected to close in the third quarter of 2011.

Delhaize Group's stock is listed on Euronext Brussels and the New York Stock Exchange and their current price is EUR 56.5 and EUR 78.4 per share, respectively.