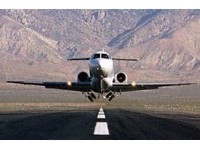 New company kept the same concept "Air maxi" was based on. Therefore, it can be expected that the first “Centavia’s” flights will be realized in summer, which means that Serbia will obtain its first "low cost" airliner. It will fly from Belgrade to the regional centers, such as Frankfurt, Istanbul and Athens, at lower prices.

Gobeljić founded "Centavia", 75% of which is owned by him, while Vujović owns 25% of ownership and position of director, on August 15, 2005, with total capital of only €500. Because of the relation between former manager of JAT and “Delta”, as well as because the internet sites of "Centavia” and "Air Maxi" are registered on the same name (Andreas Kozik), and, in one period, the web site of Mišković’s company even had link to presentation of "Centavia", there are speculations in the public that the entire business is backed by "Delta".

Milka Forcan, vice-president of "Delta", denied that "Delta" had anything to do with "Centavia", pointing out that "Air Maxi" was closed few months ago.

However, it is interesting that none of the companies is mentioned in the ownership documentation of "Centavia", of which full name is "Central european aviation Ltd.", so that there is question who finances this not-at-all cheap project.

Gobeljić and Vujović were out of reach yesterday, so that the details of this business remained unknown. Gobeljić is owner of "Hempro" and, through company "Ekstra 5", of which owner is his father, he bought water factory "Vrnjci".