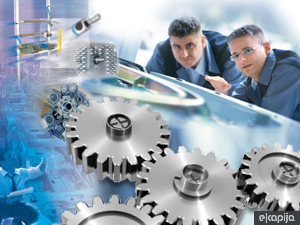 Projects are classified into 12 categories and we are this time presenting the most interesting investments in the category of INDUSTRY.

What is very interesting is that the list for 2010 is much richer than in the past few years. Does it mean that investors' interest in Serbia's economy is growing, we will have to wait and see. A general impression is that the stories that drew the greatest attention of our readers are the ones announcing the arrival of foreign eminent companies. It seems that the growth of investors in the industrial sector is in connection with the government's strategy to grant subsidies for newly formed jobs. In that way, the focus of public interest is now on Fiat, Panasonic, Sagem, IGB Automotive…

When it comes to industrial branches, it seems that almost everything in 2010 was about automobiles, car components and metal-processing industry. Besides, this rank list shows that more and more people are interested in the production of alternative fuels. That is why the stories about biodiesel, biogas and bioethanol plants are among the most read articles in 2010.

After Gorenje recently changed its decision and decided to have a factory built in Zajecar instead of Valjevo, people in Serbia have been discussing which cities in our country are the most attractive to investors. Judging by the rank list of top investments in 2010, we can say that long-expected decentralization has finally started. Except in Belgrade, significant investments were also made in Svilajnac, Kragujevac, Nis, as well as in Sremska Mitrovica and Indjija… 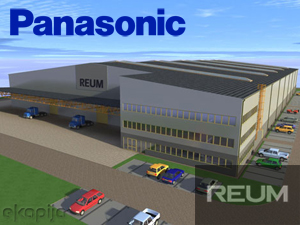 The first on the list is the long-awaited arrival of Panasonic's affiliate in Svilajnac. Just like it promised, this giant started production of electronic components for lighting systems in early January 2011 at a production hall spanning 2,250 square meters. The capital value of the new company in Serbia is EUR 1 million.

The officials of the local self-government say they are more than satisfied with the pace at which Panasonic fulfills its plan and that they were lucky to be the only one to have the hall that Panasonic found suitable.

Panasonic is the tenant and that is why it has not been granted any privileges by the municipality. However, the plan is that negotiations on construction of a new factory be finished by the end of 2011. That factory should be bigger than Reum's plant that the company currently uses. A EUR 15 million production hall, spanning 18,000 square meters, should be built on four hectares of land. 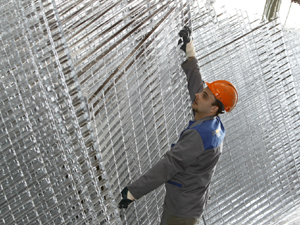 The second-ranked investment is the one made by Slovenian group Maksim in Indjija. This hot-dip galvanizing plant is the largest of the kind in the Balkans. In the presence of prime ministers of Slovenia and Serbia, Borut Pahor and Mirko Cvetkovic, it was opened on November 2, 2010. Maxim concern from Celje invested EUR 21 million in the plant and created new jobs for 50 people.

The annual capacity of the plant in two shifts is 60,000 tons, which is twice as much as other galvanizing plants in Serbia galvanize altogether because hot-dip galvanizing is not yet that popular anti-corrosion protection in our country as it is in the EU. 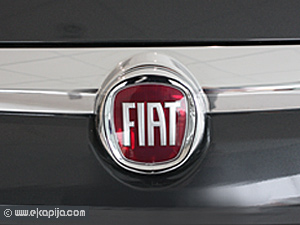 The third-rank investment is the Italian-Serbian multi-year cooperation through the company Fiat automobili Srbija. It should be pointed out that the story about Fiat is on the top of the rank list of investments in Serbia for the third consecutive year.

According to Giovanni de Filippis, the Director of Fiat automobili Srbija, EUR 150 million have been invested in reconstruction of the plant to date and about 150 companies and suppliers from Serbia are working on that reconstruction.

Numerous parameters show that it is a big project - as if a brand new city was under construction. Mr. Filippis has recently stated that he signed contracts on procurement of machines worth EUR 400 million. It is an equipment that represents the cutting-edge technology in the global automotive industry.

He has also announced that EUR 940 million will be invested in the plant by the end of 2011.

The fourth-ranked investment is the production of VDL buses at Zemun-based company Ikarbus. Having been inaugurated at a meeting of the 30 most famous manufacturers in the automotive and metal industries in Hannover, the officially best buses in Europe, the products of Dutch VDL, will be assembled in Belgrade as well.

After the big crisis, finding a strategic partner for Ikarbus is of great significance because the model for preservation of the production is found, as well as the model for creation of new jobs.

VDL will be producing up-to-date "noiseless" buses at the production units of Ikarbus.

The fifth-ranked investment is Sirmium Steel smelter in Sremska Mitrovicia. The smelter, which is currently the biggest greenfield investment in Sremska Mitrovica, was put in operation in late November. Italian investor STG Group, a famous steel manufacturer that uses waste iron in the production, invested EUR 40 million in construction of that plant and putting it in operation.

Sirmium Steel will be processing iron as a secondary raw material, while the primary product portfolio will include steel beams for use in construction. Sirmium Steel will first employ 200 workers, but it plans to expand the production capacity later, which will lead to employment of another 100 people.

This investment is trailed by Sagem's investment in Nis, which ranks sixth on our list. The French company plans to hire 200 workers within next three years for production of digital decoders and meters and make an investment of EUR 5 million in the city of Nis, which has allotted 1.4 ha of land in the industrial zone Donje Medjurovo for free to that company.

The seventh-ranked investment is the one made by Jeep Commerce. In the new metal-processing plant, situated in the newly built 5,000 square meter hall in Krnjaca, the company invested over EUR 3 million. This investment also includes a production hall and complete infrastructure required for work of this modern unit that will employ 10 new workers.

The eighth is the investment of IGB Automotive in production of car parts in Indjija. Namely, a daughter company of Germany Bauerhin, which is engaged in production of heaters for seats and steering wheels, sensors for belts, electric control units and ventilation systems for seats, is now operating in a rented hall and is going to invest about EUR 3 million in the construction of its own production hall.

The ninth-ranked investment is production of biodiesel of waste edible oil. Production of this derivative commenced at the plant of Biodizel Co in Lestane, of which annual capacity is 1,000 tons. It also comprises a storage space and a biodiesel production system.

Just like we said, owing to the increased interest of investors in investments in alternative derivatives, the tenth-ranked investment is the investment made by YU Kapital in biogas production. The company now plans to have biogas plants built in ten locations. The price of a megawatt plant ranges between 4.5 and 5 million euros.

The list also includes Gorenje's investment in Stara Pazova, Dytech's investment in Nis, as well as the investment made by Ivancic i sinovi in construction of a factory of solid pharmaceutical products in Stari Banovci.

Behind them are the investments of Falke socks factory in Leskovac and Magneti Marelli in Kragujevac. The arrival of the high-technology company Elekta in Ruma and construction of a bioethanol plant in Smederevo also drew a significant attention of the public.

Take a look at the complete rank list of investments in the category of INDUSTRY and compare it with your own opinions, expectations and assessments.

One more thing - have you already read which projects drew your greatest attention in the categories of SHOPPING CENTERS, TOURISM, ENTERTAINMENT AND RECREATION, RESIDENTIAL AND OFFICE SPACE , SPORTS, and HEALTH CARE?