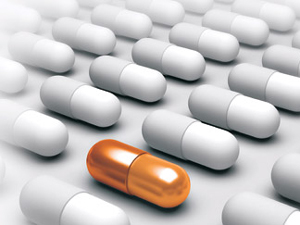 The company Actavis plans to launch about 10 new drugs, made in Leskovac, in 2011, some of which should be exported to the European Union. One of the biggest generic pharmaceutical companies is also preparing the export of four drugs from its product portfolio to the market of Russia. This has been announced by Pavle Marjanovic, the Director of Actavis for Serbia and Montenegro, in an interview for eKapija.

- We plan to launch about ten new drugs for use in cardiology, psychiatry, neurology, diabetology, anti-infective and palliative care. All drugs made at our plant in Leskovac are products from the latest generation of medicines. The percentage of drugs we export is constantly growing. Now we export 4 molecules to the demanding markets of Denmark, Norway, France, Germany and other EU countries. Since Serbia has signed a free trade agreement with Russia, we also plan to offer four of our products to that market - says Mr. Marjanovic and adds that the idea of Actavis is to offer medicines to as large number of patients at possible at the lowest possible prices.

Mr. Marjanovic also announced launching of several new OTC preparations. Actavis will put accent on Becunis dragees and tea, which are known to the public from before, and plans to produce them in association with German company Roche.

Mr. Marjanovic stresses that the presence of Actavis drugs in the market of Serbia is both sufficient and satisfying.

- One of our basic priorities in 2010 was to prevent shortages, which is also our goal in 2011. There is no reason for shortages, the production goes as planned, and our warehouse is full of drugs. The problem of shortage is connected with the insolvency of certain pharmaceutical wholesalers so that it sometimes happens that the pharmacies supplied with drugs by such companies have a shortage of drugs. The job of our associates is to connect pharmacies with the pharmaceutical wholesalers that have the required drugs – the Actavis Director explains.

People at Actavis expect to find the way to recover the pharmaceutical wholesalers whose liquidity is in a crisis through a partnership relation with them.

- There is a big liquidity crisis in the pharmaceutical market. Through a partnership relation with pharmaceutical wholesalers and pharmacies, we can find a way out from the crisis, but only after few years of cooperation. Together we should make sure that such claims are reduced and that there is sufficient amount of drugs in the distribution channels, primarily because of patients – Mr. Marjanovic points out, talking about the biggest problems in the pharmaceutical sector.

He says that pharmaceutical wholesalers owe Actavis the amount equal to an annual turnover of that company.

- Prices of certain drugs made by Actavis should be increased by about 6% in order to be brought in accord with the exchange rate, while the prices of some others, such as antibiotics, will be decreased by up to 50% – says Mr. Marjanovic.

He explains that certain drugs made by that company will become cheaper due to so-called reference pricing, that is, because of the decision that the prices of certain drugs in Serbia be brought in accord with the average price of drugs in three reference countries in the region.

- It is a hologram that guarantees that the medicine comes from the right source. This change should come in effect in May 2011 - says Mr. Marjanovic.

Speaking about business results in 2010, Mr. Marjanovic says that 9.27% of drugs in the market of Serbia are made by Actavis and that the company ranks third in the country in the number and the value of sold drugs.

That pharmaceutical company registered EUR 36 million worth of gross sales in the markets of Serbia and Montenegro in 2010.

Maja Gedosev, the Actavis Director for Corporate Communications, presented a new website of that company, designed in accordance with the new Regulations on advertising, which completely separates information for experts from those for broader public. She says that this year will be marked by numerous activities of social importance that will be either organized or supported by Actavis.