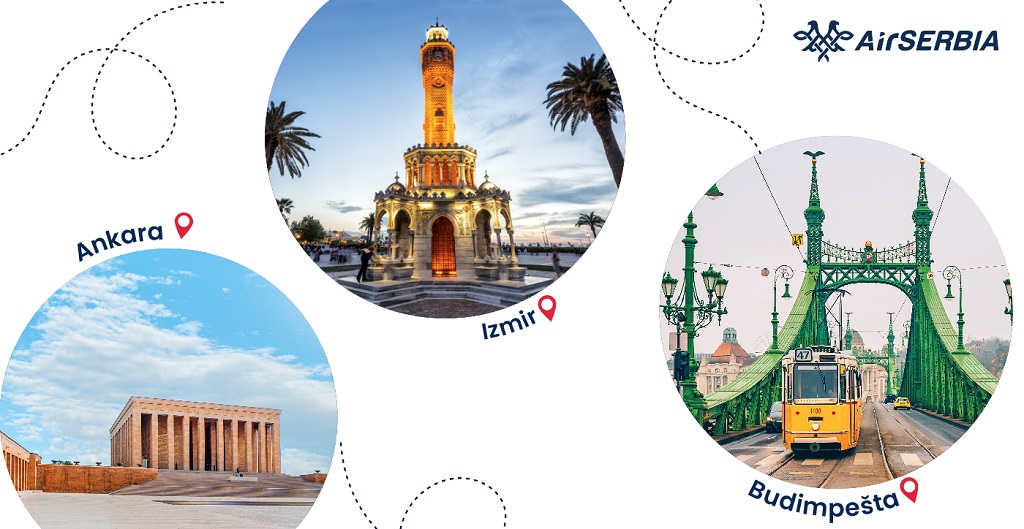 – Not a lot of time has passed since we announced the commencement of new services between Belgrade and Istanbul. We are now pleased to announce that starting on 28 March, our company will start flying to Ankara, and as of 15 April, to Izmir as well. Another new destination in our offer is Budapest, to which we are re-establishing operations after a hiatus of several years. Ahead of us is a summer season during which we will start operating flights to four new destinations in Italy, two in Germany, one in France and Sweden each, and we will also surprise our passengers with new summer holiday destinations. We believe that 2023 will be the year in which we will push our limits further, offering direct flights to almost 100 cities around the world – said Bojan Aranđelović, Head of Network Planning at Air Serbia.

Air Serbia will start operating flights to the capital of Hungary, Budapest, on 13 March, 2023. The number of flights will be gradually increased to up to seventeen flights a week. By introducing this service, Air Serbia will provide passengers with excellent connections from Budapest, via Belgrade, to Spain, Italy, Greece, Cyprus, the United States of America, as well as countries in the region.

Starting on 28 March, 2023, every Tuesday, Thursday, Friday and Saturday, our national airline will be flying to Ankara.

Air Serbia will start operating flights to one of the most important port cities in the Mediterranean, Izmir, on 15 April, 2023, every Wednesday and Saturday.