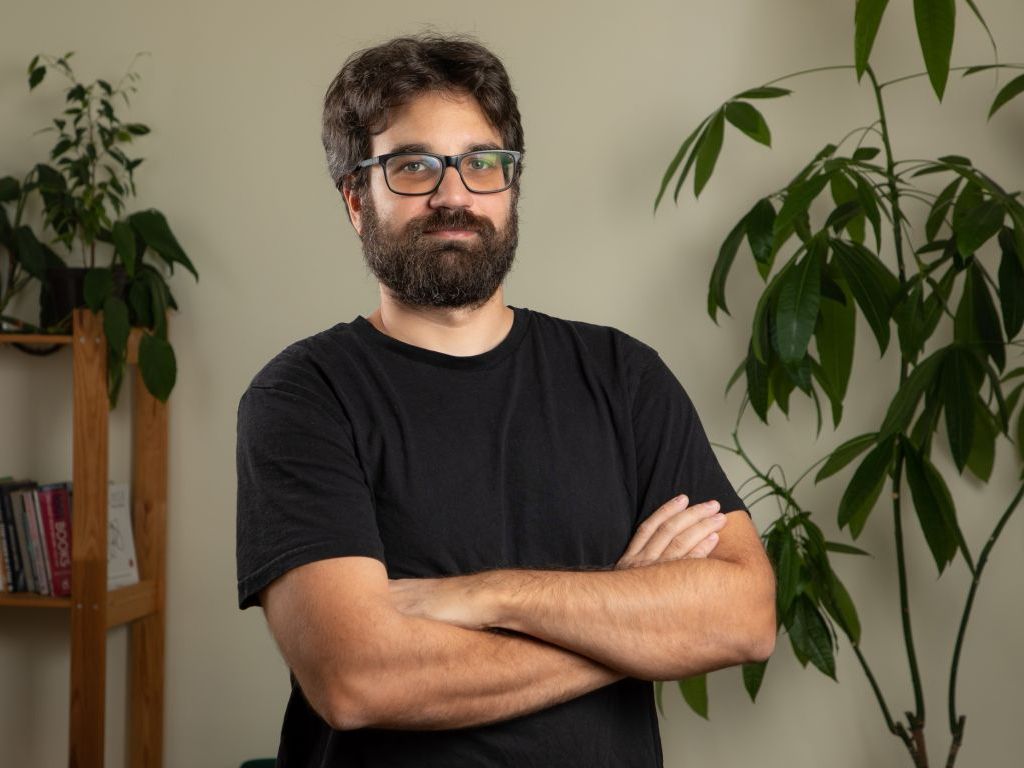 Dr Jaksa Vucicevic (Photo: IPB - Bojan Džodan)
A prestigious grant from the European Research Council (ERC) has arrived to Serbia, the third in the history of local science. A young researcher from the Institute of Physics in Belgrade, Dr Jaksa Vucicevic, has won an ERC grant of EUR 1.5 million for research that could bring about tectonic shifts to the testing of the so-called high-temperature superconductors and other open issues of modern physics.

Born in 1984, Dr Jaksa Vucicevic studied physics at the University of Belgrade, where he also earned his PhD. He continued his research in France, but five years ago, he went back to Serbia, where he researches complex systems at the Institute of Physics. He has received several acknowledgments for the results he has achieved, he has also won the PROMIS grant of the Science Fund, and he publishes works with very highly recognized results in leading science magazines.

As the ERC announced in November 2022, with 11 independent reviews, Dr Vucicevic won, at the first attempt, the ERC Starting Grant for the project which carries the acronym SCLoTHiFi and which is titled “Numerically exact theory of transport in strongly correlated systems at low temperature and under magnetic fields”.

– The ERC grant represents an expression of trust that the line of work that we started recently could lead to significant scientific results – says Dr Jaksa Vucicevic, explaining that his works are attempting to cast light on the structural characteristics of the materials that determine the so-called critical temperature for superconductivity. Such calculations of the response of the materials are very difficult, they can’t be solved through the analytical method, and until recently, they were considered practically impossible to solve numerically too (with the help of a computer simulation). However, Dr Vucicevic has developed a new method that combines the analytical and numerical approaches and which can help answer the questions that have been bothering physicists around the world for a long time.

Superconductivity is a characteristic of certain materials to conduct electrical energy without resistance, which is to say, without energy losses. For a long time, an entire century, superconductivity has been known in physics and it has numerous technical applications, but this phenomenon only occurs in materials at extremely low temperatures (from –273 to –140 degrees Celsius).

ERC projects are the core of excellence in the European system of financing science – they are awarded to researchers, and not to teams or institutions, who manage to prove that they have an idea, a method, or results which can truly change the course of modern science. ERC is the most elite and expensive research program in Europe, and the grants have been awarded to leading world researchers in various fields, including numerous Nobel Prize laureates.

The research done by Dr Jaksa Vucicevic relies on the supercomputer resources at the Center for the Study of Complex Systems at the Institute of Physics, without which it would be impossible to execute complex numerical calculations. Founded in 1961, the Institute of Physics in Belgrade is an institute of national importance for the Republic of Serbia. With over 200 researchers and hundreds of projects, as the leading scientific research institution for physics and related fields, the Institute researches fundamental natural mechanisms which are of utmost importance for the scientific, educational, cultural and overall social-economic development of the Republic of Serbia.