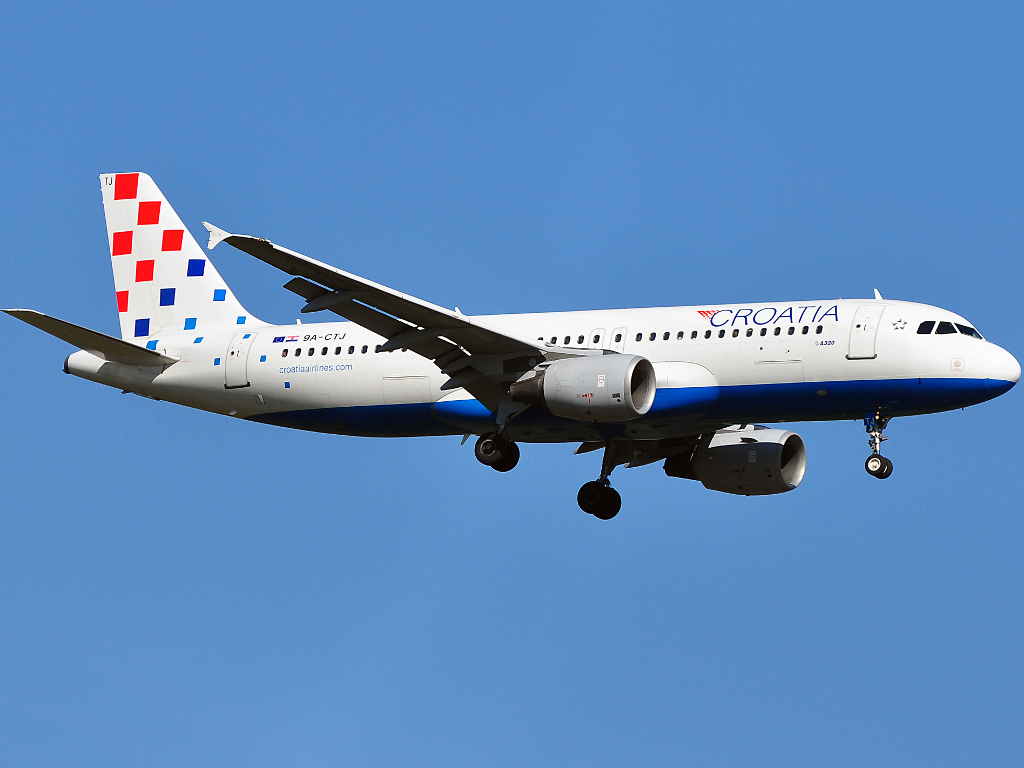 Airplanes from a larger family of A320 models have so far made up the backbone of the Croatian company’s fleet (Photo: Vytautas Kielaitis/shutterstock)
Croatia Airlines, the national airline carrier of Croatia, has signed an agreement on six passenger planes A220-300. The company plans to rent an additional nine A220 planes, which should raise the total number of the aircraft of this type in the company’s fleet to 15.

The A220 airplanes will replace the previous-generation aircraft in the air company’s fleet, which will lead to a lowering of the operating costs and an increased degree of environmental protection, as well as an improvement of competitiveness, all the while providing an additional comfort for the passengers, the press release adds.

The passenger plane of the A220 type was made as a whole new design and one aircraft is purposefully planned for the market segment encompassed by passenger planes with 100 to 150 seats. This aircraft combines the latest achievements and standards in aerodynamics, advanced materials and latest-generation engines (the so-called GTF – Geared Turbofan). A220 emits 50% less external noise, spends up to 25% less fuel and CO2, measured by passenger seat, compared to the previous-generation passenger planes. This plane also emits around 50% less nitrogen oxides (NOx) than required by industry standards.

The aircraft is optimal for regional destinations, but also for longer ones, which will enable Croatia Airlines to additionally contribute to the development of tourism in the region and make it more flexible in terms of the optimal number of planes in the fleet, it is added.