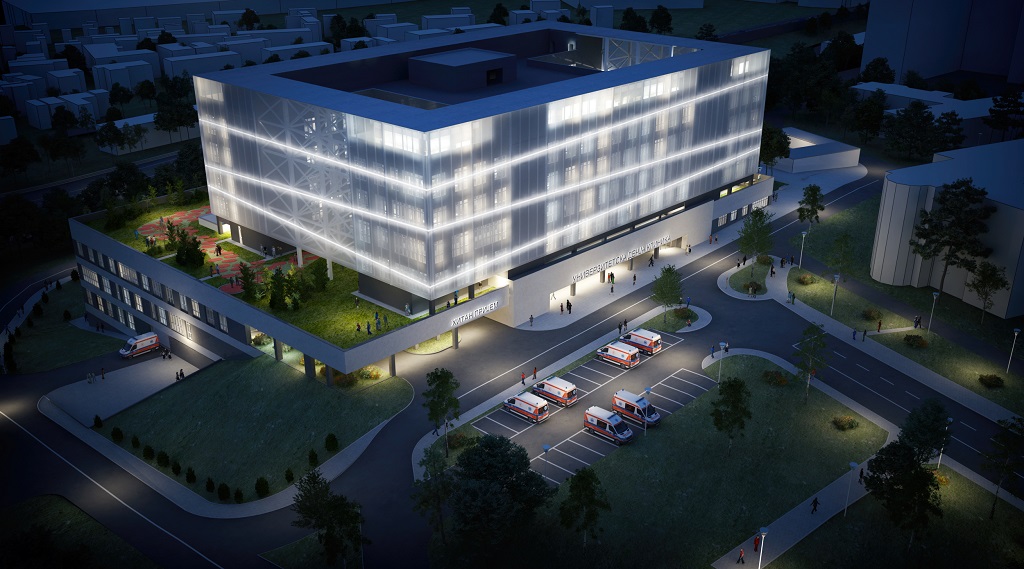 The previously announced preliminary design (Photo: Bexel Consulting)
The reason for the preparation of the change of the Urban Project for the purposes of the construction of the new University Children’s Clinic “Tirsova 2” in Belgrade is the initiative of the Office for Public Investment Management, which is also the investor in the preparation of this Urban Project, to start changing the confirmed urban project for the purposes of the innovated Preliminary Design of the University Children’s Clinic “Tirsova 2”.

As explained in the new project, in the process of the development of the technology, certain functional units were expanded in line with the suggestion of the team of medical doctors from Tirsova as the future users of the new hospital, appointed by the mayor of Belgrade. 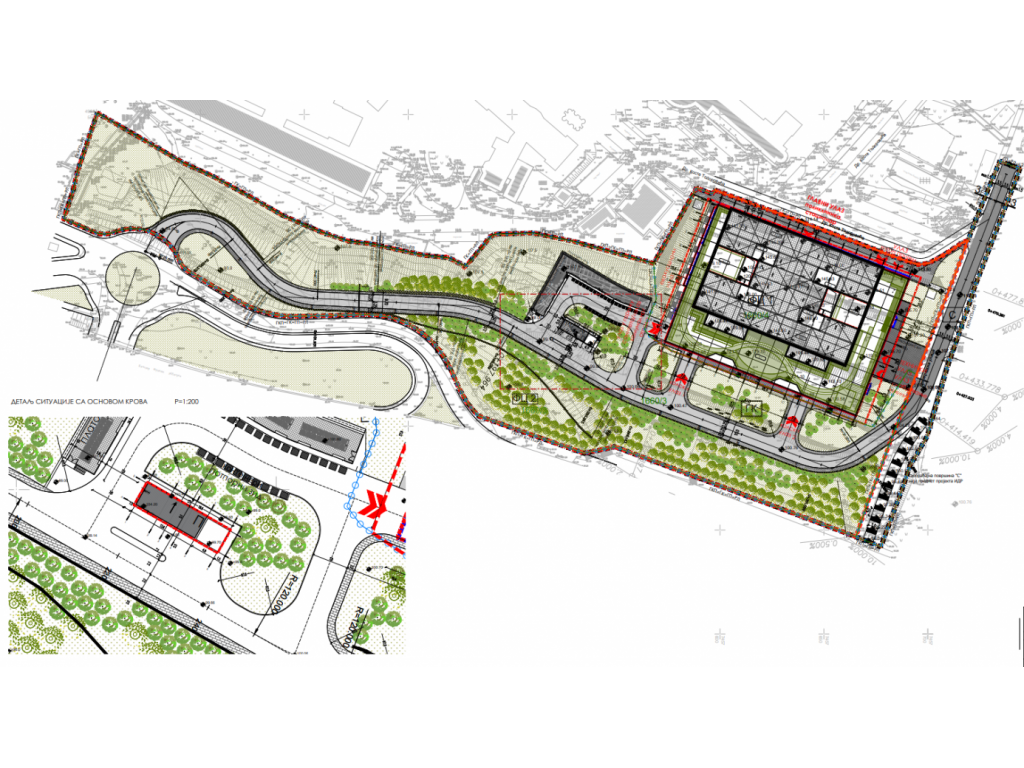 (Photo: Printscreen/Idejno rešenje/AGI Novi Sad)
According to the new preliminary design, a free-standing children’s hospital facility is planned, with 5 underground levels and 6 floors, including the ground floor, with a total gross area of 61,923 m2, of which 21,078 m2 is the gross area within the three underground garages, 14,054 m2 are two upper basement levels and 26,791 m2 are aboveground floors. The total net area of the facility, with the garage area, is around 54,083 m2.

The capacity of the building is designed for 301 beds, distributed across 117 rooms (the previous project envisaged 286 beds in 154 rooms).

The planned number of employees, which includes the medical staff and the accompanying staff, is 800 in the full working hours, and in the intershifts, it can increase up to 1,000. The manner of the functioning and the operations of the children’s hospital, in line with the usual practice, is planned so that not all the employees are there at the same time. Instead, their work is split into three shifts (the daytime shift with 60% staff, afternoon 20% and nighttime 20%).

Of the technical facilities, a substation of medical gases is planned outside the building, at a distance of around 36 meters.

– At the level of the ground floor, features for the urgent taking in of patients, the outpatient-polyclinic part and the central zone with the accompanying features for the handling of patients are organized. On the upper three floors, the inpatient clinic is planned. The accommodation of patients is designed so that patients with more difficult symptoms are located on the third floor, whereas, as the patient’s health improves, they are sent to the lower floors, all the way to the discharge part, which is on the ground floor. On the first upper floor, which accommodates patients in the best general condition, exits to the green roof are secured – says the preliminary design, prepared by the Architectural-Civil Engineering Institute from Novi Sad.

– Through the rationalization of the underground floors, garages, according to the new design, the required number of parking spaces was realized across three underground floors instead of four, as was presented in the initial preliminary design – it is pointed out in the Urban Project.

The main access to the facility is planned from the direction of the complex of the Clinical Center of Serbia through Dr Koste Todorovica Street, and secondary access will be enabled through the new access route, through which a connection with the city highway (Franse D’Eperea Blvd) is realized at the interchange near the Emergency Service.

The public presentation of the amended UP will last from October 13 to 21.

A photo gallery of the future children’s hospital Tirsova 2 can be viewed HERE.