What the Wave of Russian Emigration Brings to Serbia and Its Economy – New “White” Russians or Regular Economic Nomads? 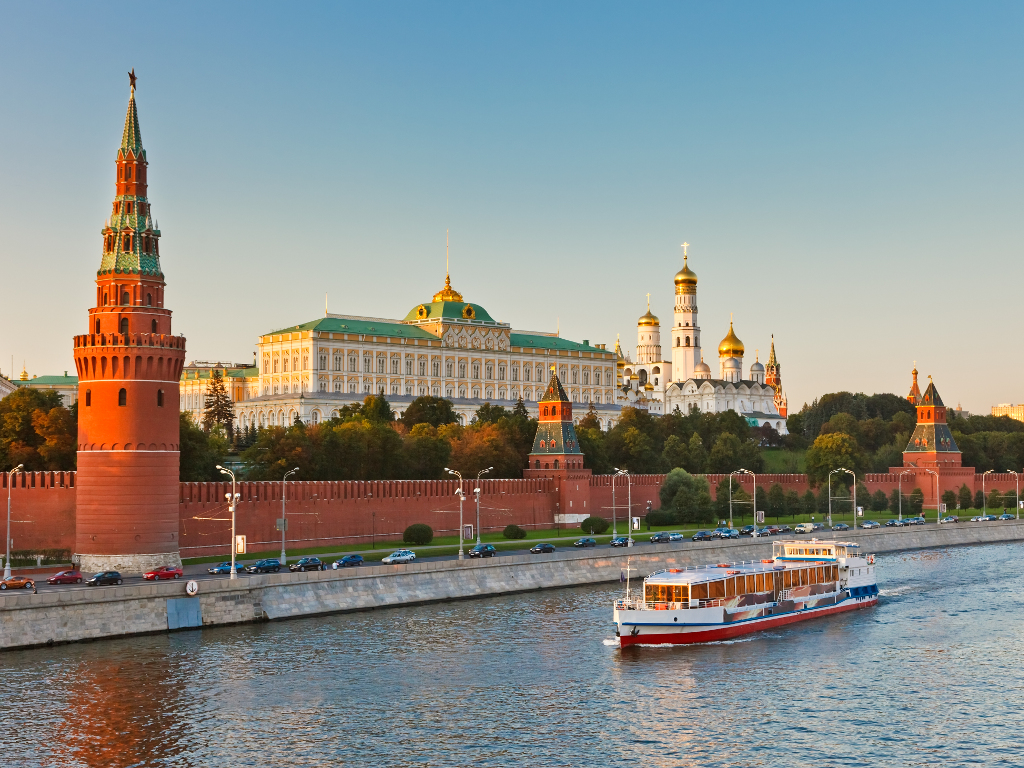 Moscow (Photo: S.Borisov/shutterstock.com)
Belgrade and Serbia will never forget the “white” Russians who swarmed the war-devastated country after the October Revolution and breathed life into it, recovering it and giving invaluable contribution to the development of Serbian science, architecture and culture in general.

Many wonder nowadays whether the Russians who have been arriving to Serbia since the beginning of the Russian-Ukrainian conflict are similar to them at all. Even if we leave the “Russian soul” aside, the question is what our country, which is welcoming them with both hands, can hope for from the new Russian emigration. The circumstances compared to the arrival of the then Russian intellectual elite are certainly much different now, in both Serbia and Russia, but are we to see anything more than the high real estate rent prices? Are they a new development opportunity for Serbs, “new white Russians”?

Experts for intellectual capital and economic analyses say for eKapija that, in the long term, the inflow of Russians to Serbia will certainly be beneficial, if for nothing else, then for the number of people who have entered the country.

– According to our estimates, in these 7 months, around 25,000 Russian nationals moved to Serbia, and so far, close to 800 companies with a majority Russian ownership have been founded, mostly for consulting services, IT and commerce, though those companies do not employ a large number of people – says Bojan Stanic of the Sector for Strategic Analyses and Internationalization at the Chamber of Commerce of Serbia (CCIS).

Mihailo Paunovic, an expert associate of the Institute of Economic Sciences, says that it is certainly clear that those people who have registered companies in Serbia will pay taxes here, but also spend the money they earn.

– Of course, the state, but also the basic economy, will benefit from this. However, they also brought the education, practical knowledge and capital with them, they will also employ our people, so the benefits will multiply with time – says Paunovic, adding that it is also expected for the real estate market to soon stabilize in terms of rent prices, “considering that, for now, everybody who could and wanted to come did”.

Bojan Stanic also believes that “in what is, without doubt, a big geopolitical tragedy”, there are certainly economic opportunities and benefits for our country, among which is increased consumption.

– The people who are coming from Russia here increase the economic activities at the level of the whole state, although it is still small overall. But is important to point out that Serbia has a negative demographic trend and that that is the main interior risk which threatens to jeopardize the sustainability of the economy. In Europe, there is simply no country which can develop and grow sustainably while having its number of citizens dropping. And when people are leaving, it’s not just workers, but also consumers, that are leaving. If internal consumption is a crucial component of the GDP, and the Russians who have arrived are at the same time consumers, with a relatively solid purchasing power at that, the calculation is clear – Stanic says for eKapija.

He adds that nearly all the countries of Europe are recording a negative birth rate, but that they supplement their population with the inflow of emigrants.

– If we take into considerations that Russians are part of the European populace, that they easily integrate into the society because of that, in both the social and the business sense, that’s an additional benefit for us – Stanic says.

– Furthermore, these are highly educated and highly qualified people, which is also a benefit to our economy, because that’s the development component which raises the level of economic activity, while at the same time it is of course a problem for Russia, the young brain drain, which takes out the know-how – our interviewee points out.

He notes that, in Serbia, that kind of competition to our IT staff can only be a positive thing, considering that our companies are quite competitive in that sector.

– There’s a large number of companies here which employ IT experts and draw from that pool of information engineers, so that’s also an opportunity for Russians of those profiles for a certain employment in Serbia, but also for the opening of not just Russian, but also mixed companies – says Stanic.

Stanic reminds that what we have been witnessing these past days is practically already the second wave of Russians moving to Serbia, at the moment, due to the partial mobilization in Russia, but, according to his estimate, the key thing is that, even if the war deescalates soon, the tense relations between the west and Russia will last at least 10 years, so the wave of Russians moving to Serbia will continue in the coming years.

– Perhaps at a lower intensity, but Russian will inevitably keep coming, because they have a large demographic base. If nothing else, Serbia is attractive to them not just due to lower living costs, but because there’s no Russophobia in the air like there is in the west – eKapija’s interviewee says.

Furthermore, he believes, the development component that we would see could get another, bigger dimension, if not just people, but also the industry, started moving from Russia, especially that owned by western companies:

– We saw relatively recently that a company like Toyota, after months of resisting it, when the mobilization started, nevertheless decided to close its factory in Russia after 15 years. That’s a very negative signal for the Russian economy, but also an indicator of the potential situation development in the coming period.

The Russian market is very large, and the economy is rational, Stanic says and adds that it is very likely that western companies will not give up on the European market once the political crisis stops.

– And since the relations with Russia will be tense, and there’s also talk about shortening supply chains (nearshoring), some of those factories should be moved to the Western Balkans, Serbia included. We see an opportunity there, because we have a free trade agreement with the Eurasian Economic Union and it would be very significant for us for that agreement to be kept, so that western companies could export from here to Russia, which, due to the reduced import from the EU, would increase the imports from these areas, of course, it it’s politically feasible – Stanic believes. That, he adds, would also draw along people who worked in those factories in Russia, which would lead to a new inflow of Russians here, due to the industry, which is what the economy expects in the long term, and it would also have a strong effect on increasing the economic activities.

Drawing a parallel with the former “white” Russians, which he, incidentally, talked about for a reputable Italian medium house recently, Stanic points out that the situation was indeed much different in 1918.

– They were Russian aristocracy, an intellectual force, people who revived Belgrade. But what also contributed to it was that the local populace was open to them, as a brotherly Slavic people, due to a similar culture and a similar language. That’s how we perceive these new arrivals too. They may not be those white Russians, but they are Russians, and they are mostly intellectuals. And, although, all things considered, they are cosmopolitan people who do not think in national terms, they will adapt and assimilate here that much more easily – Stanic believes and reminds that a number of white Russians later went further toward Europe, but that plenty also stayed here and merged with the local populace.

He adds that the “new” presence of Russians will also contribute to the Serbian economy on the micro level, because the demand for some products that they are used to as Russians will increase.

– For example, in the domain of food, it is known that Russians eat a lot of fish, so that’s an opportunity for fishery in particular. On the other hand, these are young people, who, even back home, were used to going to restaurants and cafeterias, so we can expect the opening of Russian restaurants and so on somewhere down the line. All this increases the economic activity in the country – Stanic concludes.

Mihailo Paunovic points out that the Institute of Economic Sciences has not yet looked into the topic of economic benefits of Russians moving to Serbia in detail, but that they are following and slowly summing up the information.

– We are currently realizing this year’s research plans, but are soon to prepare the plan for next year, so the time for this current topic to be researched, analyzed and have final conclusions drawn from it will certainly come – says eKapija’s interviewee.