Retrospective - Most popular stories in WHO IS WHO column in 2010 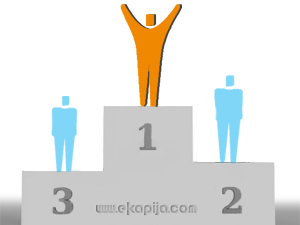 The web portal eKapija is entering its sixth year of operations and, during all that time, our editors have been putting special effort in using the WHO IS WHO column to present people from the world of economy and politics, as well as from the world of culture, sport and entertainment, who draw the interest of the public. This column today represents a treasury with 1,400 stories, and we plan to put even more energy in the following period in presenting all those whose activities (or lack of activities) significantly affect the lives of all of us.

In order to see which texts drew your greatest attention, we have made rank lists for the previous three years and we've got some very interesting results. These are definitely not the rank lists of the most popular people because not all of them are presented in this column. Also, the biographies of many celebrities are widely known so that stories about such people did not draw much too interest of the public.

Some stories on these lists are new, while some old ones were read again few years after they were published, probably because you wanted to learn something more about a person who was not that famous before and now is all over media.

You can draw a conclusion by yourselves. Some of the persons whose stories we have told would be a real revelation for you if you missed to read about them earlier.

Let's start with those who marked the year 2010.

We remember one of our users from Sarajevo commenting on the stories about Milka Forcan - "Do you have any person in Serbia other than Milka Forcan?" Yes, we do have other persons, but as soon as she is a bit forgotten, a "business divorce" with Miroslav Miskovic takes place and her rating "explodes" again. Since not much from the private life of Ms. Forcan is known to the public, after being a guest on the show Evening with Ivan Ivanovic, her story put all other stories behind.

Rodoljub Draskovic is the second on the list. Mr. Draskovic's actions have always drawn much interest of the public in Serbia, as well as in Croatia and Bosnia and Herzegovina. While announcing new factories in Serbia and implementing new investments in Trebinje, he was presented in Croatia as a businessman from Serbia who had no problem to invest in that country. Trade unions considered him the "sweetest" interlocutor. That is why it is not a big surprise that Rodoljub Draskovic is on the top of such lists for years. 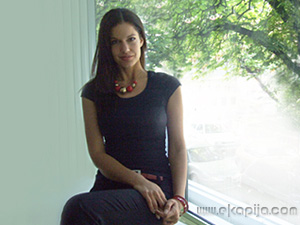 Sladjana Bozovic, the Executive Director of the Nordic Business Alliance, ranks third on our list. This lady was born in Sumadija, while she lived and was educated in Sweden. Now she came back to Serbia, in the days of formation of a new business association of businessmen from Sweden, Finland, Norway and Denmark, which is open to all Serbian companies that want to work and present themselves in the north of Europe. You now probably have some ideas why she is so popular among businessmen in Serbia.

The fourth on the list is Milica Gavrilovic who, together with her friend Ljiljana Cakic, slowly conquers the region with the project Dve Smizle. The fifth is Veselin Jevrosimovic for being Veslen Jevrosimovic, while the sixth is Sanjin Grbic, a famous architect, a luxury expert, who says he will have to organize his documentation soon because he has already signed hundreds and hundreds of projects and the time has come for him to systematize his work.

Sasa Plecevic, alias Doctor Feelgood, has written a new book and he constantly tells people stories about healthy life. Afraid of their own unhealthy way of living, many people get a desire to learn who that interesting doctor is. That is why Sasa is the seventh on our list.

Volleyball player Ivana Nesovic showed the incoming power of Prva Srpska TV and her one-week appearance on the reality show Come to Dinner drew the attention of many men and women and awoke their interest in this beautiful and funny lady.

Bojana Lekic drew a great attention at the time of takeover of TV Avala, while Nikola Avram, the leader of the project MK Mountain Resort, deserved his place among the top ten persons in 2010.