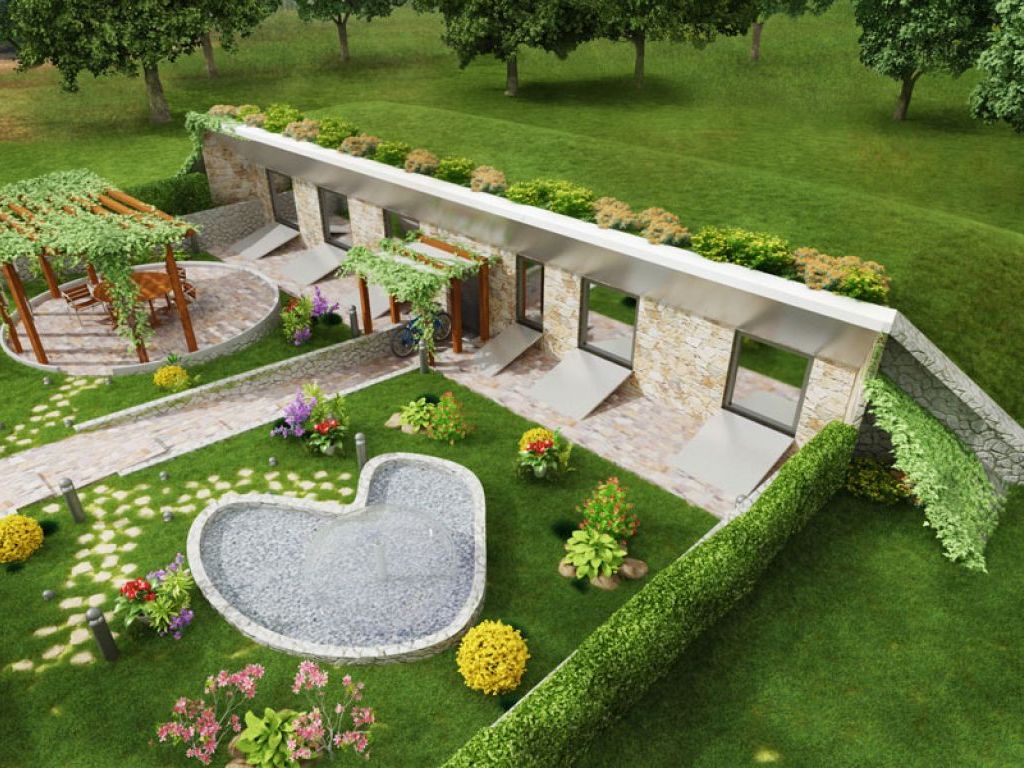 The concept of a self-heating of an ecological house (Photo: samogrejnekuce.com)
At the time when energy is the most demanded good in the world and its price is growing, we are becoming aware of the importance of having an energy-efficient living space, a home that would have an even temperature in both the winter and the summer, and not thinking about the bills, price increases, or even worse, energy shortages.

The concept of “A Self-Heating Ecological House”, which was patented by Veljko Milkovic, a member of the Serbian Academy of Inventors and Scientists (SAIN), is a facility which is heated with the help of solar energy using a passive solar architecture. This is achieved through installed reflecting surfaces around the window frames, which increase the heat and the light that enter the building.

As said on the website samogrejnekuce.com, “over several decades of a verified scientific monitoring of the results and the effects of the use, it has been confirmed that ‘The Self-Heating Ecological House’ achieves heating savings of 85%, cooling savings of 100%, lighting savings of around 30% and savings on construction materials of around 10%, thereby being the only residential facility at which the biggest energy savings are achieved with the smallest investments”.

As the creator of this patent, Veljko Milkovic, told eKapija, in the period of an energy crisis, the interest in this type of a building is noticeable higher.

– Many people are calling, there’s an interest from abroad, America, Macedonia, Montenegro and the other former republics. People have started thinking about how to get the most security for as little money as possible – he told eKapija. 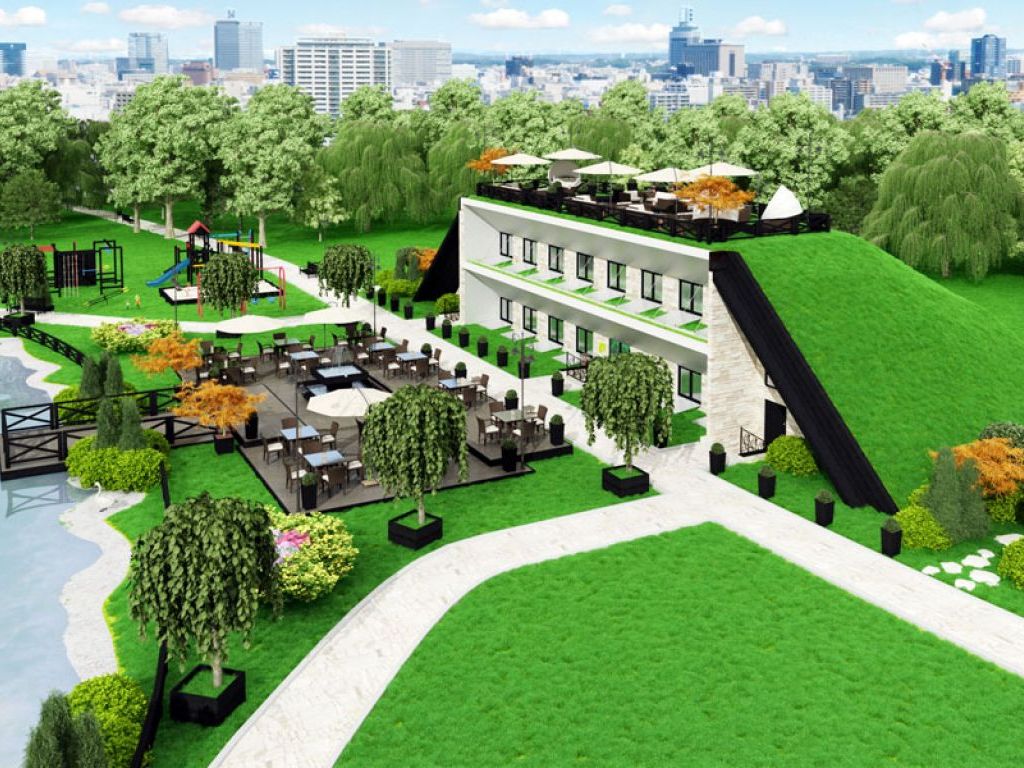 An idea for a commercial facility (Photo: samogrejnekuce.com)
This unusual type of a house is essentially different from a traditional house. Its special characteristics are that an ecological house is dug in and covered with an earthen layer and oriented southward with its only open side in order to get as much sunlight as possible. Instead of a roof, this house has an earthen cover positioned around the structure of the house so that the maximum retention of solar energy would be secured.

– I had been researching the underground of the Petrovaradin Fortress and made sure there about the kind of a microclimate in a facility with earthen protection. A stable temperature in the summer and heating in the winter – Milkovic says.

According to him, the flaw of these houses is that no public purpose facility has been made, like a restaurant or a café, where everyone could come and see for themselves what it looks like, as these houses are mostly made for private purposes.

– There are several varieties of such houses and everything is the same in them regarding the utilities, the electricity, the water… – he notes and adds that they are built from the same materials as traditional houses.

The prices of these buildings, Milkovic says, can vary compared to the prices of traditional houses. Depending on your concept of the house and the amount you are prepared to invest, the price of construction per square meter could be higher, but also lower, compared to a standard house.

He notes that he is willing and open to consultations when it comes to this type of innovative construction. 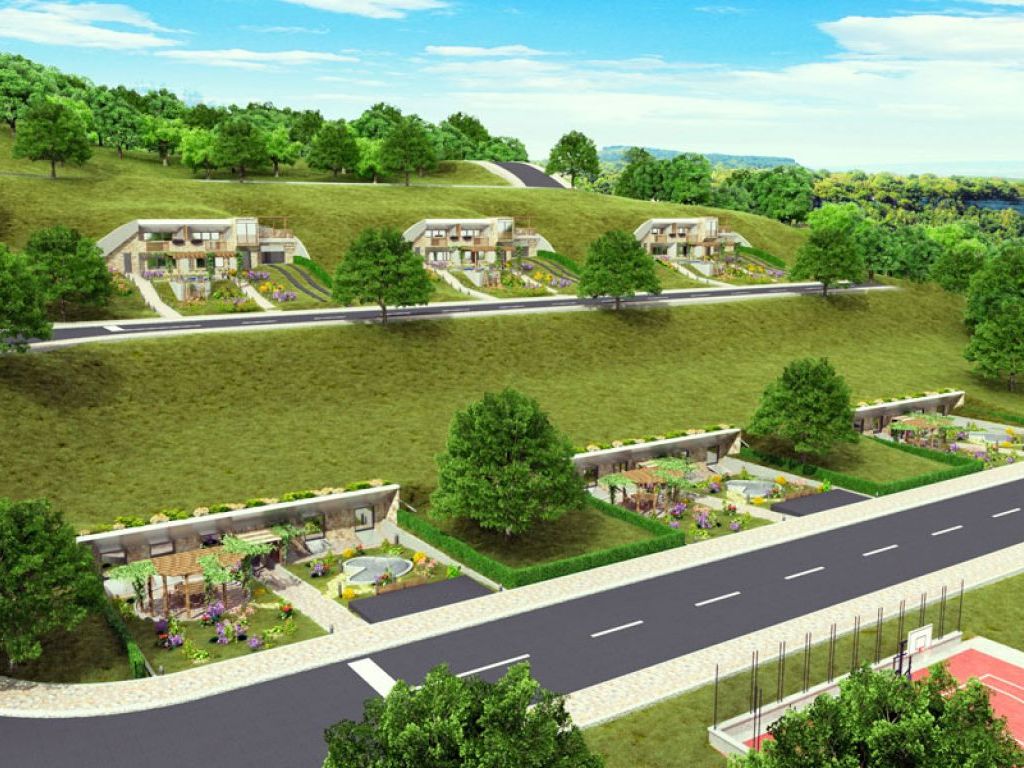 Residential complex and settlement of self-heating ecological houses (Photo: VEMIRC)
This construction concept can also be applied to mini settlements, housing and residential complexes, as well as tourist settlements. Hilly and terrace-like areas are suitable terrains for the construction of solar dug-in houses, and these low-energy settlements enable the population of areas with unfavorable temperatures, which could help solve the problem of overpopulation.

In Serbia, around ten family houses of this type have already been built. The international foundation Energy Globe pronounced a self-heating ecological house the national “Energy Globe Award” for the Republic of Serbia in 2010 thanks to its successful use of solar energy in architecture and the excellent energy efficiency results in construction.