"Vital" is giving 1,3 billion dinars as a loan guarantee to "Invej" 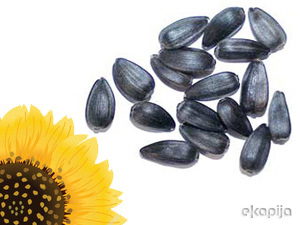 As stated by Vrbas based mills "Vital", on the off scheduled shareholders' meeting held on 20 December, a decision on the disposal of major value assets was adopted, as "Vital" put its real estate assets as security in AIK Bank in order to secure the claims of this banking institution towards the majority owner of "Vital" - "Invej" holding.

It is a guarantee to loans totaling to 1.3 billion dinars, which are going to be given to "Invej" by "Vital" . On the basis of this decision, the shareholders of "Vital" had the right to express disagreement or to ask the company to redeem their shares at market value. Similar decisions have been brought by the two other issuers managed by "Invej" - "Ratar" and "Sunce" and in these cases as well, shareholders could seek redemption of their shares.

Zemun based "Invej" is one of the largest domestic holding companies which is compound of colorful group of companies: Factory of Home Care 'Albus', a manufacturer of stoves "Milan", Oil factories "Vital" and "Sunce", Pastry factory "Medela", a manufacturer of alcoholic beverages "Rubin", catering company, "Stari grad", Mill company "Ratar" and "Pancevo industrial bakery" and "Port of the Danube" from the same place.