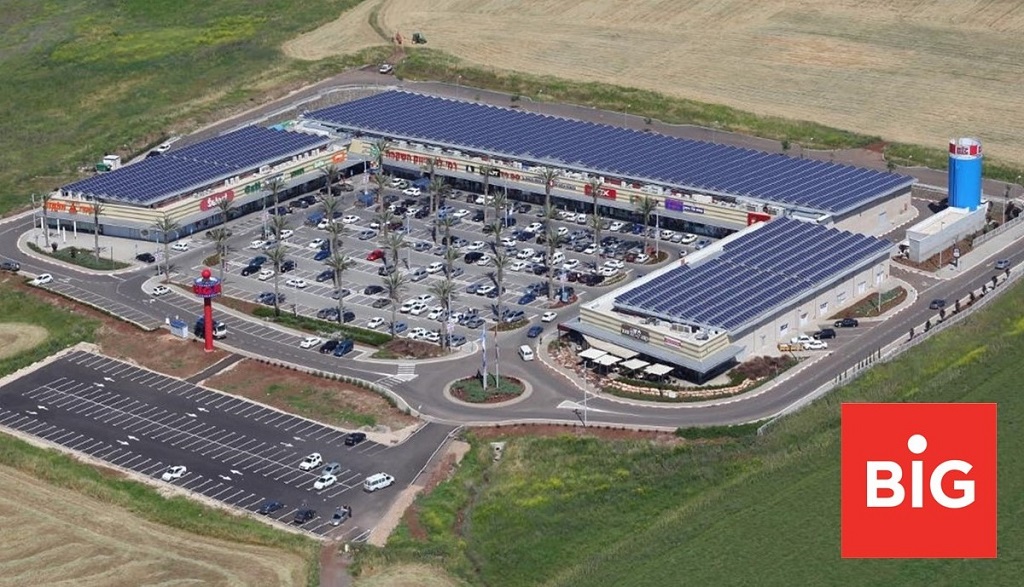 BIG Shopping Centers announces another significant deal for the group's energy sector. Hungarian subsidiary BIG Energia Holdings Kft, of which the company owns 100%, agreed to purchase 100% of the shares of two Macedonian project companies that own rights in a solar project in advanced stages of development and received approval from the Electricity Authority to connect it to the grid, for the establishment of two solar farms on land in the Probhstip district in North Macedonia.

The project is planned to be built on the area of 885 thousand square meters and 70 megawatts and is expected to produce about 114 gigawatts per hour per year.

In addition, the company is conducting advanced negotiations to purchase an additional 394 thousand meters of ground adjacent to the project. This acquisition is anticipated to construct an additional 35 megawatts, thus increasing the project's capacity to 105 megawatts.

Based on the expected production capacity of the project, the company estimates the gross revenues from the sale of electricity as approximately 7.9 million euros for the first year of operation, after balancing payments to the electricity grid (based on a selling price of 70 euros per net megawatt hour), for the duration of the project, minimum 25 years. Therefore, the total EBITDA from the project is expected to be about 7.2 million euros per year.

The agreement includes instructions regarding the activities of the project company during the interim period, as well as a commitment to repay the subsidiary company for damages that will be caused to it due to the violation of representations or obligations included in the agreement. Also, the deal includes a commitment by the sellers to pledge the shares of the project company in favor of the subsidiary and to provide a personal guarantee that the controlling owners of the seller secure their obligations if the agreement is canceled under circumstances that give the subsidiary the right to receive the refund of the payments that will be paid by the set date.

Completion of the deal is subject to several conditions, including the North Macedonian Competition Authority's approval, the receipt of a construction permit for 70 megawatts, and the assumption that there will be no significant adverse change in the performance of the project. Accordingly, the deadline for meeting the demands for obtaining a building permit is 16 months from the date of signing the agreement.

In addition, the company is honored to inform you that during the past few months, it has continued the development of the URLEASCA wind project in the scope of 102 megawatts, and it expects that the construction permit will be received in the first quarter of 2023. The company was recently informed by the local electric company in Romania that it approved the project's connection to the National Electricity grid and that the Electricity Company proceeded to sign the union agreement. The first milestone has been reached in the VACARNI project, and the subsidiary received the necessary approvals for the foreign investments on behalf of the Romanian government.

Hay Galis, CEO of Big Shopping Centers, notes that this transaction is in line with the company's strategy, which defines the energy sector as a growth engine and leverage for diversifying investment avenues, which matches the company's sustainability values. Galis also notes that this transaction joins the onshore wind turbine project in the Tulsa district in Romania, which the company announced several weeks ago, and the URLEASCA wind project in Romania, with a scope of 102 MW, which the company purchased at the end of last year:

– We intend to continue pursuing and developing the energy sector and strive to become a significant player in the field of renewable energies. The results of the energy branch's activities will contribute significantly in the coming years to the continued growth and development of the business parameters of BIG.