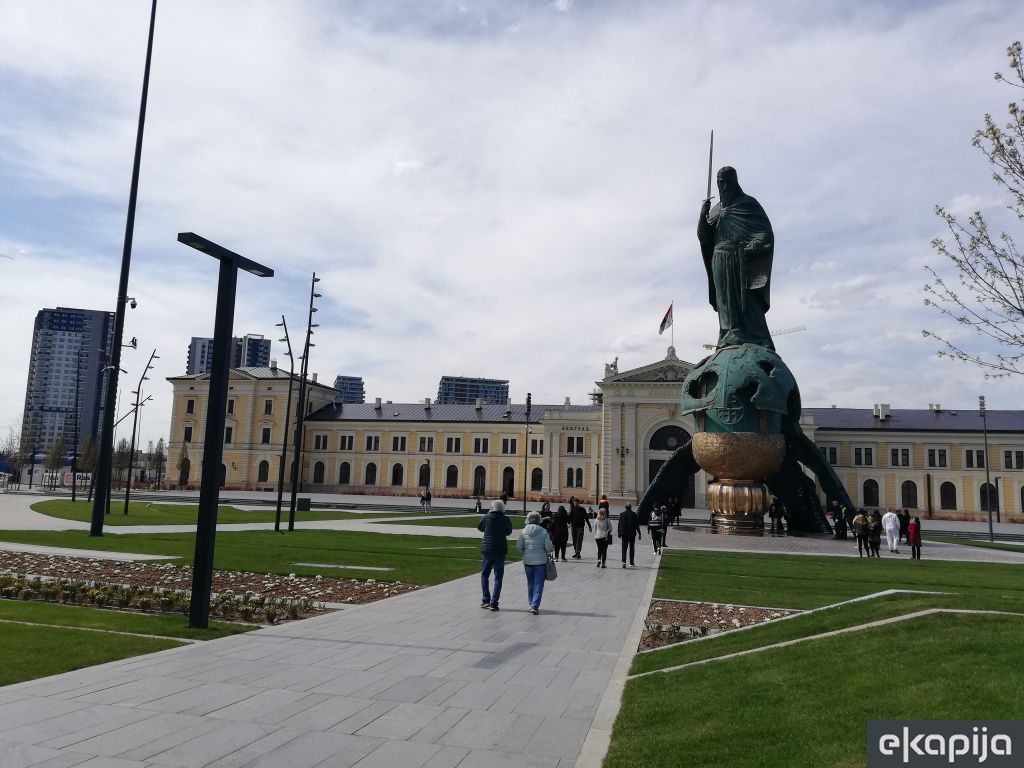 (Photo: eKapija / Aleksandra Kekić)
The workers are most probably to enter the building of the Main Railway Station on the Sava Square in order to reconstruct it for the purposes of the History Museum of Serbia in March 2023.

Although previously the beginning of the reconstruction was announced for this month, the complicated procedure and paperwork have postponed it.

– We expect the project documentation to be finished in late November, and the public procurement procedure for the contractor should be opened after that. Masinoprojekt is preparing the technical documentation, for which it has to get all the permits. The reconstruction is late due to the procedures, and it was only in late March that, by the Decision of the Government of Serbia, we got the whole building. We had to start from the beginning, but what’s good is that the museum will have more room – the director of the History Museum of Serbia, Dusica Bojic, says for Novosti.

The building of the Main Railway Station spreads on 4,100 m2, and the total value of the investment is estimated at 13.5 to 15 million euros. When the reconstruction is done, the History Museum of Serbia, founded 59 years ago and split across three locations, will find a home in one place.

The building raised in 1884, in line with the preliminary design of the Vienna-based architect Wilhelm von Flattich, which was developed by Dragisa Milutinovic, will house an exhibition space, a gallery, a workshop, a depot, a library, a music hall, a ticket booth. Special attention, as announced, will be paid to medieval times in Serbia. The replicas for the future exhibit, the crowns, the garments, the weapons and other items are already being prepared. A part of the permanent exhibition will be the Kosovo Battle, as well as the original seal of Prince Strojimir from the second half of the 9th century from the Vlastimirovic family, which was the ruling family in that era.

Log in to view complete information:
Forgot your password? Click here HERE
For free test use, click HERE
Latest
Most read
Indjija Needs More Land for Industrial Zone – Two Investors Soon to Complete Facilities, One to Start Building 01.12.2022.
Looking for Designer of Sound Barriers Along Highway Through Belgrade 01.12.2022.
Belgrade to Host Board of AICESIS, International Association of Economic and Social Councils and Similar Institutions 01.12.2022.
Sljivovica Inscribed on UNESCO Intangible Heritage List 01.12.2022.
Ecka Interchange on Future Highway Moved Toward Linglong Factory, Reconstruction of Zrenjaninac Possible Too – Preliminary Design of 1st Section of Vojvodina P Waiting for “Green Permit” 01.12.2022.
HORES: Belgrade Authorities Without Decision on New Year’s Program in Streets, Hotels Not Knowing What to Offer 28.11.2022.
What the Wave of Russian Emigration Brings to Serbia and Its Economy – New “White” Russians or Regular Economic Nomads? 02.10.2022.
Rajac, the Harvest and the Investors – Bangladeshi Company Which is Building the Dhaka Subway Wants to Build the First Hotel, Price per Are Growing 14.11.2022.
Učitavam ...
Weather
Weather forecast