Lack of Workforce Most Alarming in Construction Sector – Is Hiring Workers from Bangladesh, Guatemala and Vietnam the Solution? 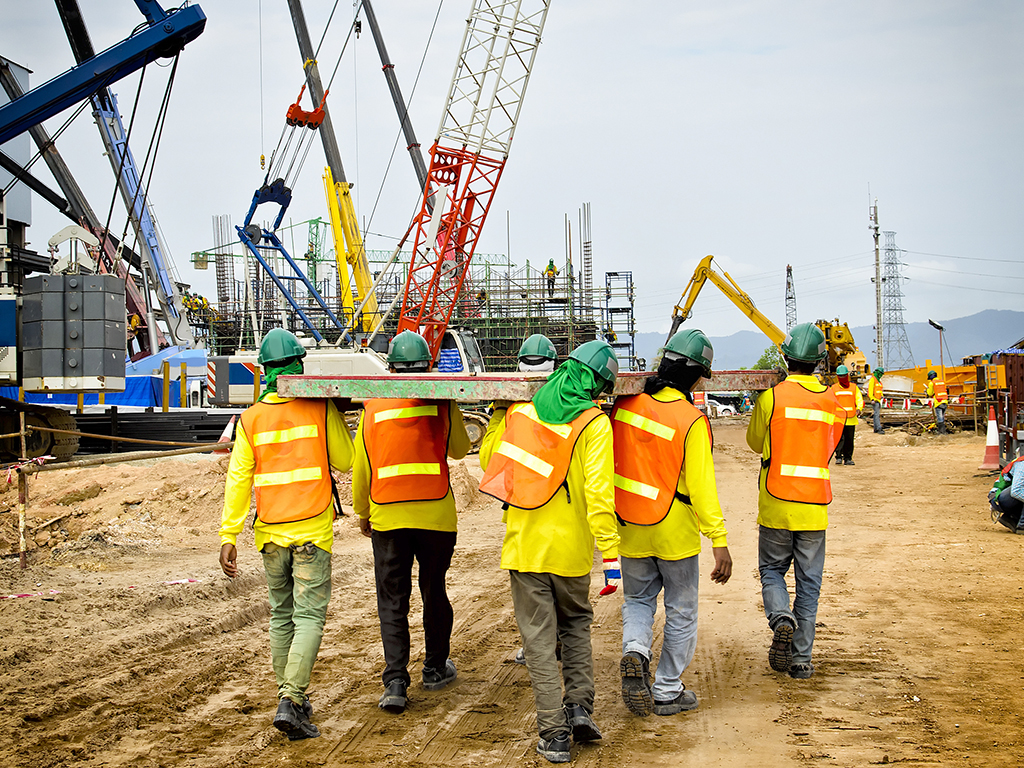 Illustration (Photo: CoolKengzz/shutterstock.com)
In Serbia, there are not enough workers for all the initiated or planned construction works and that is why agreements are being made with Bangladesh and Guatemala to hire their workers, to whom long-term working permits are issued, the president of Serbia, Aleksandar Vucic, stated several days ago, while visiting the construction site of the Belgrade Tower. He added that that’s what made the Open Balkans Initiative important.

As the Beta agency reported, on that occasion, Vucic said that there were 2,500 people working at the construction site and that “there should be more, but there are not enough workers”.

The Government of Serbia, that is, the Ministry of Labor, Employment, Veteran and Social Policy, according to the Danas daily’s writings from June this year, is in the process of signing of agreements with Bangladesh, Vietnam and Guatemala which would facilitate the arrival of workers from these countries to Serbia.

– From the angle of the Serbian Association of Employers, any action that leads to a simpler and more efficient hiring of the required workforce is certainly praiseworthy – the association says for eKapija.

According to them, it has been known for a long time that a considerable number of industries have a problem with workforce, that is, that there is no necessary number of employees among the local populace. This discrepancy between the needs of companies and the situation in the market is the most apparent and, we can safely say, the most alarming in the sectors of construction, hospitality and agriculture, but the trend is the same in nearly all other industries.

– The lack is manifested in the widest variety of ways, from employment being made more difficult, a lower quality of production and services, to the reduced scope of operations due to the inability to hire the necessary workforce.

What are the employers’ expectations?

Talking about the potential employment of workers from Bangladesh, Guatemala and Vietnam, the association says that “from state organs, the employers expect the procedure of hiring foreigners, even potential workers from these three countries, to be as simple as possible, with as few bureaucratic obstacles and additional or hidden costs”.

– It goes without saying that the job candidates should be available to everybody, from small and medium enterprises to large business systems – they say for eKapija.

When asked how the leaving of seasonal workers to work abroad and in the countries of the region affected the overall situation in the labor market, the Serbian Association of Employers notes that the question of seasonal migrations concerns not just Serbia, but also countries less or more developed than us.

– The migrations of labor force in the market is something that we should get used to – they emphasize.

Still, they add, the leaving of seasonal workers to work in the countries of the region certainly makes employment in Serbia more difficult, because workers are leaving to economies stronger than ours and they are also leaving to work overtime, or even double shifts, in order to earn a certain amount of money in a short time period.

– Certainly, the fact that there is not enough local labor force influences the increased interest of employers in employing foreigners – says the Serbian Association of Employers.

What the employers insist on, they conclude, is a serious reform of education, and with that the labor market as well, in order to remove the anomalies which are not seasonal in nature, but have existed for a long time now.

And, as the Ministry of Labor, Employment, Veteran and Social Policy told our website, “according the Law on the Employment of Foreigners, all the employers that meet the conditions proscribed by law for the employment of foreigners may employ foreigners, regardless of the state they come from”.