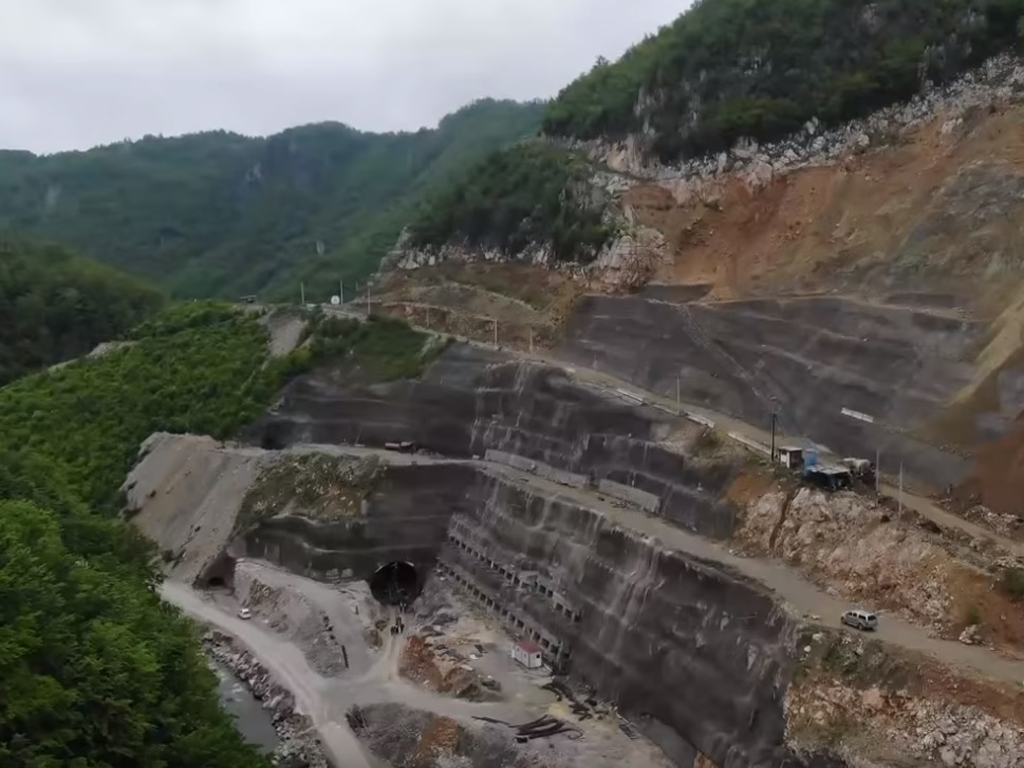 (Photo: YouTube/screenshot)
The PUE Srbijavode has published the tender for the preparation and innovation of the technical documentation within the realization of the Arilje (Svrackovo profile) dam and artificial lake.

The construction of the dam and artificial lake on the Rzav (at 9 km from the Moravica confluence) began back in 2012, with the aim of supplying water to the municipalities of Arilje, Pozega, Lucani, Cacak and Gornji Milanovac, flood defense and power generation.

As reminded in the tendering documentation, after the works began in 2012, additional works were required, caused by the appearance of landslides in 2015 and 2017 during the excavations on the left incline downstream from the dam.

Also, it is added, after the great floods of 2014, the need occurred for the preparation of the actualizations of the hydrological study of floods, which would include an extended hydrological sequence, requiring additional measures and works for securing the evacuation of an additional increase of large water quantities.

The job is worth RSD 72 million, and the tender expires on September 5.

The value of the total investments in the construction of the Arilje dam and the Svrackovo artificial lake is estimated at around EUR 63 million.

According to the current project, an embankment with the central clay core, double-layer filters and a supporting rock-fill is planned. The altitude of the dam crest is 423.60 meters, 5.40 m above the altitude of the normal backwater, which is 418.20 meters.