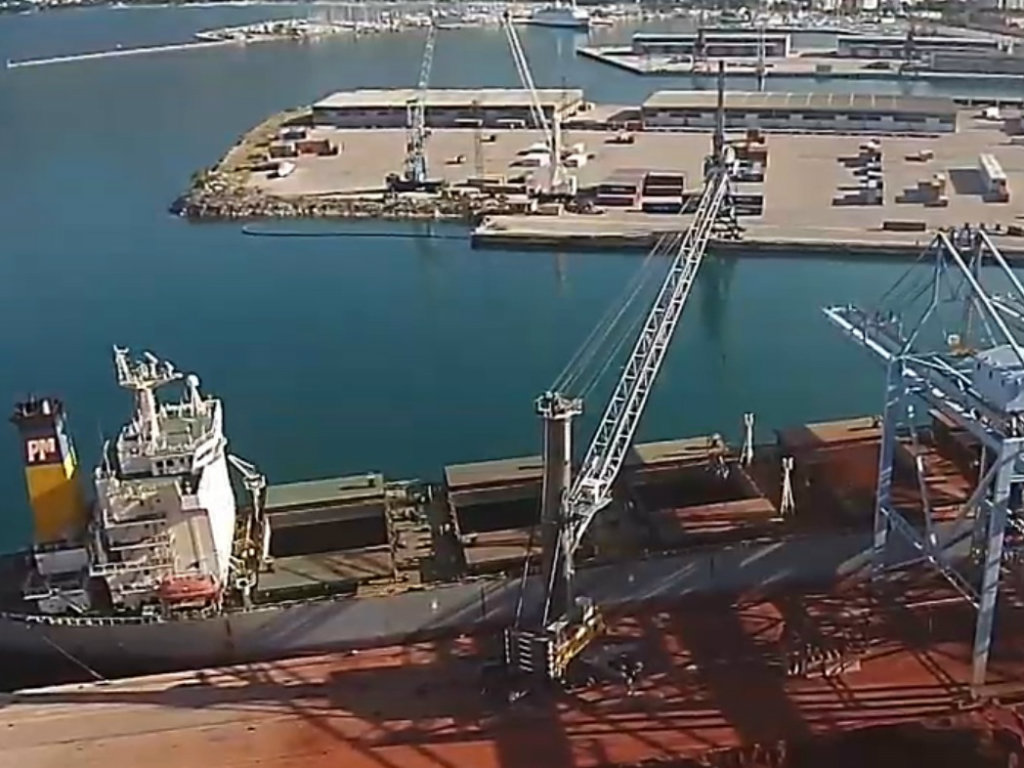 (Photo: YouTube/screenshot)
Ukraine is looking for alternative logistics routes to deliver a wide range of products to and from Ukraine. In this context, the embassy is working on the analysis of the possibility of establishing additional logistics routes, especially in Montenegro - the Ukrainian embassy in Podgorica announced to RTCG Portal. As they said, the Ukrainian side is interested in conducting additional consultations with Port of Bar (Luka Bar) regarding the establishment of cooperation.

The information that Montenegro has offered Ukraine the transport of goods through the Port of Bar, was also reported by the Ukrainian gmk.centar. As reported by gmk.centar, the Center for Transport Logistics Ukrzaliznica has originally announced this.

The total port capacity reaches five million tons per year, and on average only 50% of its potential is used - that portal reports.

As they state, the Port of Bar has several specialized terminals, especially for dry bulk, liquid and general cargo.

- The Montenegrin side expressed their interest in establishing cooperation with Ukraine on the use of the port capacity for transshipment and transport of goods - the document states.

Port of Bar cooperates with freight forwarders from Serbia, the company Pansped, which will, as stated in the document, help in the organization.

- We are ready to contribute to the establishment of a logistics route for the transport of a wide range of products from Ukraine to the Port of Bar - notes the representative of the company.

In addition, Pansped has the possibility to use free carriages of the Serbian Railways, if needed.

As previously reported by the GMK Center, in May, the first 35 thousand tons of Ukrainian ore were transported through the port of Constanta in Romania.