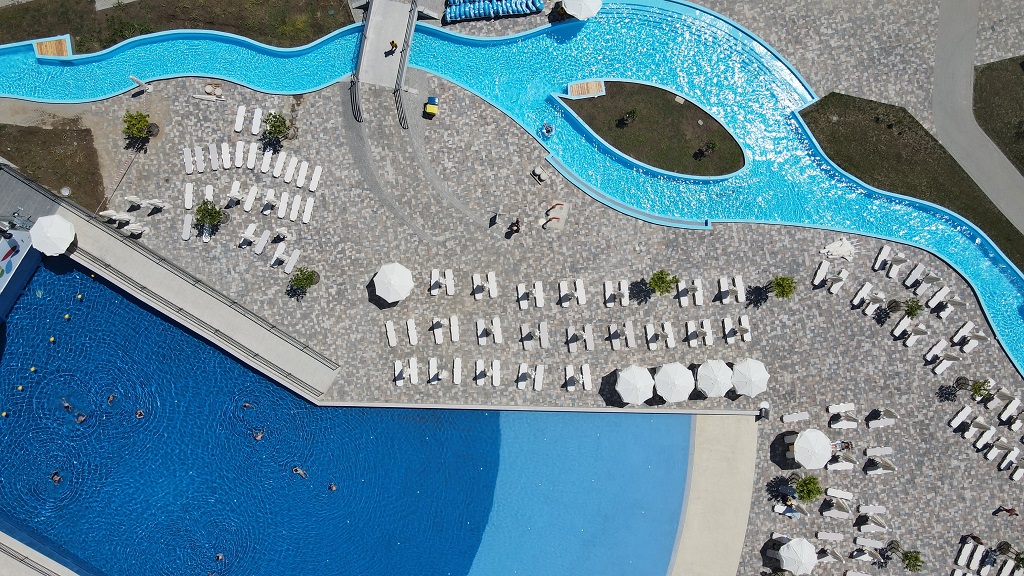 (Photo: Aleksandra Mladenović)
On July 14, the Day of the Municipality of Vrnjacka Banja, the aqua park Raj in Vrnjacka Banja symbolically opened. Over a hundred free tickets for local residents and guests of Vrnjacka Banja were distributed and the visitors enjoyed the features of the lazy river, which is 460 meters long, and the pools with waves which provide the visitors with a sea-like, adrenaline adventure on an area of 2,000 m2 and featuring a foam party.

– Adventure is there every step of the way and the key to the hot summer is right here in Raj in Vrnjacka Banja – they say at the aqua park in a press release sent to eKapija and add:

– There’s an unforgettable opportunity for adventure for the youngest ones at the pirate ship and the platform with sprinklers, but it’s also an opportunity to aminate the youngest users of the aqua park. Food and drink stands are distributed so that, at every moment, without waiting, guests can refresh themselves, enjoy some good food and the varied menu and have an unforgettable time.

Opening of Aqua Park in Vrnjacka Banja Scheduled for July 14 – Capacity up to 6,000 People

After the final phase is completed, this will be the biggest aqua park in Serbia and the region, and new attractions will be open to visitors in early August.

Until the end of July, discounts are in effect, with ticket prices lower by as much as 30%, and the offer includes family and group packages and seasonal tickets.