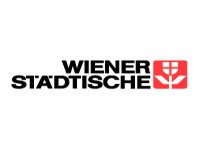 He said to the journalists at the 11th international economic forum organized by "Euromoney" magazine that the tender for privatization of DDOR would be announced in the middle of 2006 and he added that he expected strong competition.

Dinkić said that the Austrian companies showed great interest in investing in Serbia and he pointed out that "concrete talks with potential investors " were underway.

He also said that he had spoken to the companies from the realistic sector that were interested in the construction of new factories in Serbia (greenfield investments) and investment in tourism.