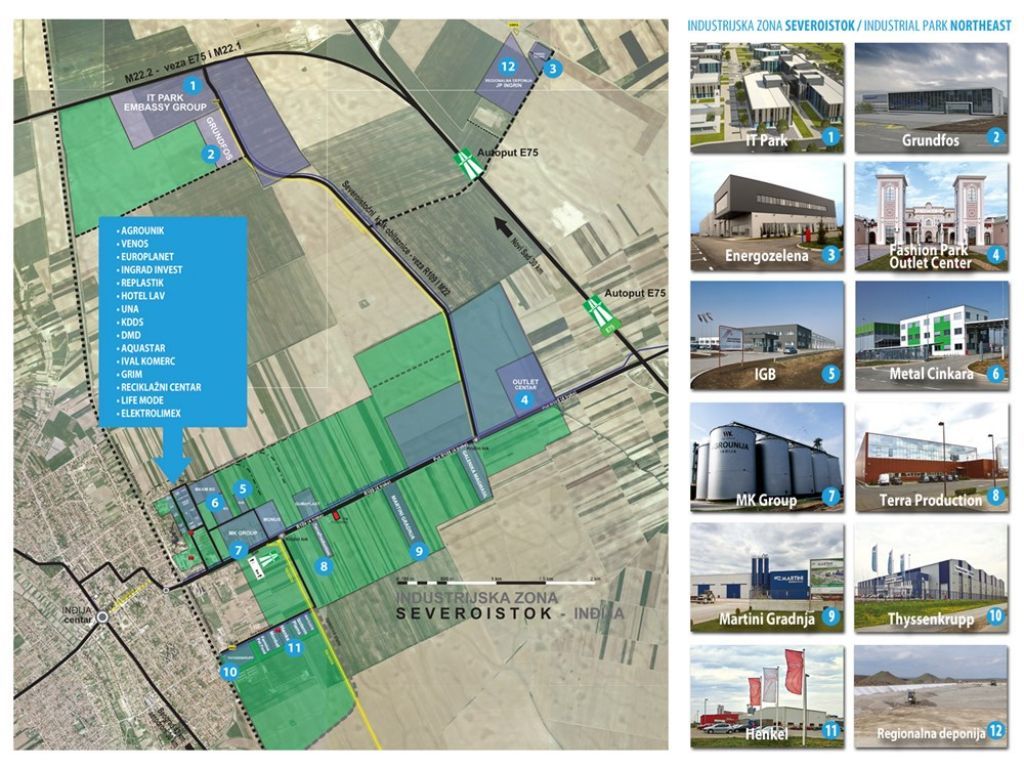 (Photo: Opština Inđija)
This Monday, the members of the Assembly of Indjija adopted the amendment to the municipal spatial plan by which the northeast industrial zone is expanded to another 900 hectares. The main reason for amending the spatial plan, as explained, is the expected arrival of a world automotive giant that would produce electric cars.

Official information about the potential investor is expected in several weeks. In case the arrival were confirmed, they say in Indjija, the economy and the standard of the whole Serbia would increase considerably. The amendment to the municipal spatial plan pertains to creating the possibility of forming new business zones, in the location northeast of Indjija, between the high-speed railway and the E-75 highway, in line with the current regulations, along with a further urban planning development and a direct implementation of the plan.

According to the president of the Municipality of Indjija, Vladimir Gak, by adopting the decision on the Spatial Plan, the MPs are making history. He said that the arrival of a new investor which would build its production facility on over 700 hectares was expected. The protocols have been signed and one part of the agreement which pertains to the realization of the investment has been signed as well and, Gak adds, the results will be known very soon. This is an investment that will create 4,000 to 5,000 new jobs and which is 10 times bigger than Toyo Tires in every sense – regarding the number of employees, the value of the investment and the area of land on which the factory is to be raised.

As a confidentiality clause has been signed, the name of the investor cannot be revealed at the moment. Recently, it was alleged in the media that the German automotive giant Volkswagen had chosen Indjija as a location for the construction of a factory.

– I can say that we’re talking as many as three investors from that field. I am convinced that, in the next three months, we will get a confirmation as to which one of them is to build its facility in our municipality and who will, absolutely, change the business environment of Indjija, but also the whole Serbia – Gak said.