Will the Energy Crisis Accelerate Serbia’s Transition Toward RES? – Who is the Don Quixote in the Serbian Fight Against Windmills? 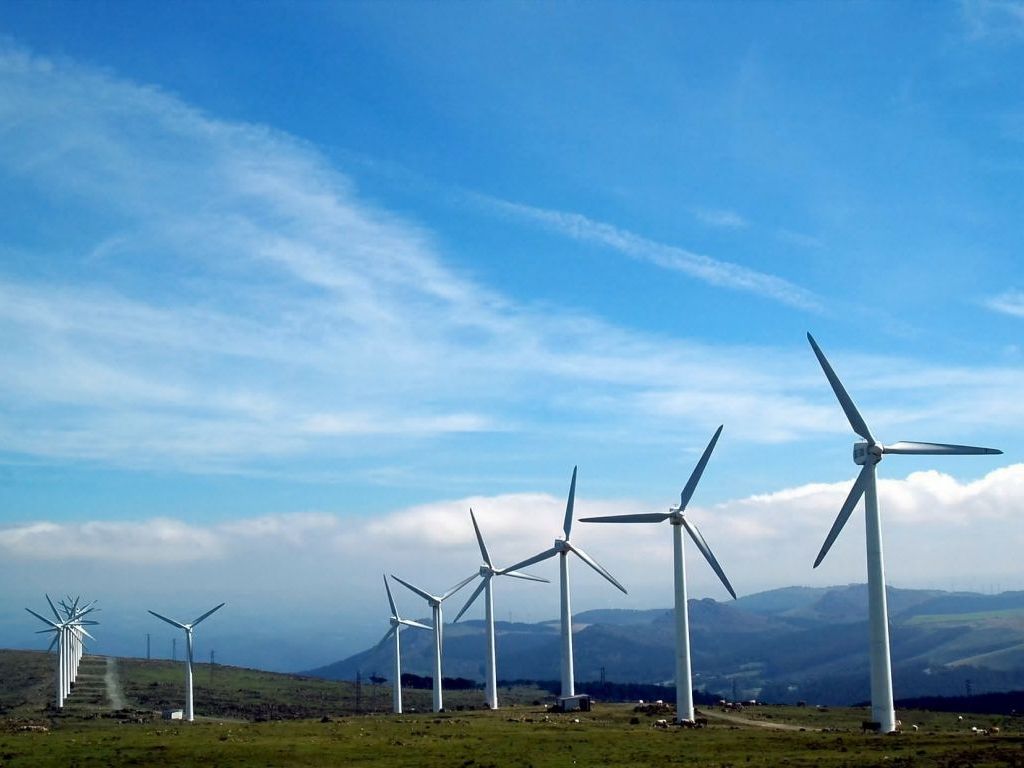 (Photo: Pixabay.com/makunin)
“Sometimes it seems, considering the enormous obstructions when it comes to renewable energy sources, that we are fighting windmills, but it is in fact apparent today that we are fighting for windmills”, the minister of mining and energy of Serbia, Zorana Mihajlovic used a picturesque metaphor at the recent ceremony of the laying down of the foundation stone for another wind farm in Serbia.

Who is the Don Quixote in the Serbian fight against windmills? Who is the Sancho Panza and who is the Miguel de Cervantes here? It is difficult to make sense of the winds blowing in opposite directions from the moment the Law on the Use of Renewable Energy Sources and the set of laws regulating this field were adopted a year ago.

After the initial praise for the adoption of the law, criticism followed – the overall bylaw framework is not well-rounded, the set maximum purchase price does not meet the needs of the investors in wind farms, no auction has been held and no agreement on the market premium has been signed.

What are the problems that this sector is currently facing, who is preventing energy transition in Serbia, will the energy crisis accelerate the transition of Serbia toward RES? These are the topics that the eKapija portal is looking into in this article.

Decree on Balance Responsibility not yet adopted

The manager of the association RES Serbia, Danijela Isailovic, points out for eKapija that they are very satisfied that a law that, on its own, regulates the field of green energy has been adopted in Serbia for the first time. Still, she says, they are unsatisfied and worried about the fact that the law is not implemented.

– The key decree that regulates balance responsibility has not yet been adopted, because there is no agreement between the most important state institutions. As an association and as companies and individuals, we are trying to bring back representatives of state energy subjects to the discussion, so as to come to a solution. At the moment, we are a year late, which can have as a consequence years of being behind in realization and the lack of new megawatts on the network at the time we most need them – Isailovic warns.

Since the beginning of the year, the miscommunication between EPS and EMS on the one hand and the Ministry of Mining and Energy on the other, has become increasingly egregious. The Ministry of Mining and Energy says for the eKapija portal that it is aware that there are those who are preventing green energy transition in Serbia. As they explained, the procedure of harmonizing the Draft Decree on Balance Responsibility with the members of the Work Group is in progress, and its adoption is expected by the end of the year.

– Although the proposition of the Decree on Taking On Balance Responsibility and the Criteria for Determining the Liquidity of the Organized Intraday Market has been done, it is not harmonized with EPS, EMS and the investors. Unfortunately, the Ministry of Mining and Energy is aware of various interests, the needs of individuals to prevent green energy transition in Serbia by obstructing the implementation of the Law on the Use of Renewable Energy Sources or the development of new investments in RES – the ministry says.

The lack of the Decree on Balance Responsibility is not the only problem. The association RES Serbia says that there’s a dissatisfaction with the maximum purchase price of EUR 56 per MW for wind energy.

– We were the first ones to point to that problem, and it’s clear to everybody, including the representatives of the Energy Agency, that the price is low and that no investor has a business model to apply for auctions and offer a lower price than that. Along with the price, what’s disputable is the two-way premium model, which was recently pointed out by one of our biggest experts, the director of SEEPEX, Milos Mladenovic, who believes that we should go back to the one-way premium model, which we support as an association. We hope that the legal framework will come together soon and that the prepared projects would move to construction sites – Isailovic believes.

The ministry explains that auctions will open in the third quarter of this year and adds that “the premium will certainly be allocated by the end of the year, through the same auction”. The biggest current obstacle to the development of RES, according to them, is the fact that the high-voltage network is insufficiently developed, as there have not been enough investments in it in the past years.

– Even when there were investments, they took too long, or they were selective. Other states invested in the development of the high-voltage network more quickly and Serbia will have to go down that path if we want to create the conditions for a faster development of the RES sector, without which there is no energy security and self-sufficiency – the ministry points out.

How import self-sufficiency is we can see every day during the Ukrainian crisis. In that sense, our interviewees agree, pointing out that, today, nobody is thinking about energy security without taking into consideration the development of the RES sector. The current crisis has only confirmed the necessity of green energy transition, in order to secure sufficient quantities of energy, the ministry says. However, regardless of the crisis, Serbia is obligated to it by the Paris Agreement and the Sofia Declaration on the Green Agenda for the Western Balkans Countries, those in charge remind.

– It is important to note that Serbia had not waited for the crisis to happen to start thinking about its energy future. By adopting a new legal framework, Serbia began its energy transition last year, starting from a relatively unfavorable position, considering that, currently, we get around 70% of our electrical energy from low-calorie lignite and that no new power plant has been built in over three decades. The preparation of strategic and planning documents, which will determine the goals and the dynamics of carbon-neutrality, that is, decarbonization, by 2050, has started, and a new investment plan with projects worth around EUR 35 billion has been prepared, in which investments in the RES sector have an especially important place – the ministry notes. 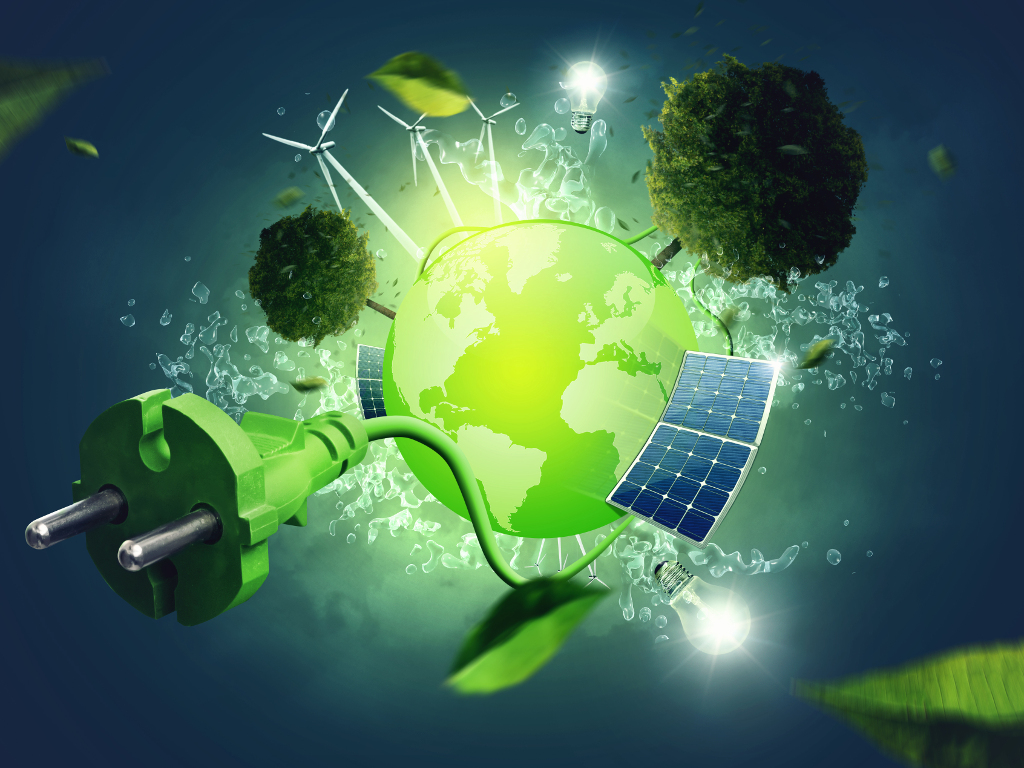 However, as the RES Serbia association explains, the global crisis also affects the wind and solar industry. We therefore go back to the question of “internal disagreements in the state”.

– The price of wind turbines and other equipment has increased dramatically, primarily due to steel. There are problems in the supply chain and transport on certain European routes. This all affects the dynamics, so today it’s a real art contracting the purchase of wind turbines. Due to all this, we need to solve the international disagreements in the state and put the process back into motion, so as to not get to the point where we want to, wish to, have the money and the permit, but practically have nothing to build – Isailovic warns.
_______________________________________
Prosumers – a secure source of electrical energy

Unlike other fields, the regulation on prosumers, purchasers-producers of electrical energy is fully rounded, the RES Serbia association believes. They say that several prosumers are listed in the register, and a large number of projects are being prepared or are under construction.

– That is an excellent concept which enables a secure source of electrical energy to the economy and the citizens, without fear of an electricity price increase, which is sure to happen. I believe that there are tens of megawatts for prosumers under construction. By the way, I do believe that there are certain problems with the implementation of the regulation. Certain companies have complained of a slowness in procedures and of the unharmonized practice of local self-governments. We believe that, after the initial adaptation period, things will start functioning flawlessly in practice – says the manager of RES Serbia, Danijela Isailovic.
_______________________________________
What is the solution?

Still, the goal that Minister Zorana Mihajlovic set a year ago, that Serbia would produce a minimum of 40% of its electrical and heating energies from renewable sources, is still current.

Despite the obstacles which, our interviewees agree, are there, a positive outcome is not impossible.

– Obstacles exist only at those and only those who don’t want for things in Serbian energy to change and are tied to individual or group interests, or a lack of awareness of the direction in which the world is going in the 21st century and that the development of energy and environmental protection are inextricably tied. By the end of the year, other bylaws will be adopted, which will enable the full implementation of the Law on the Use of RES. With a modern legal framework and with the setting of clear goals, on which we are working through the preparation of the Integrated National Energy and Climate Plan Until 2030, with Projections Until 2050 and the new Strategy for the Development of Energy Until 2040, with Projections Until 2050, we will have all the conditions to accelerate the increase of the share of the energy produced from RES, which, along with the increase of energy efficiency, should be the pillar of the energy security of Serbia in the upcoming decades – the ministry notes.
_______________________________________
Adoption of five decrees by the end of the year

By the end of the year, the other bylaws which will enable the full implementation of the Law on the Use of RES will be adopted, the ministry notes. These are:

– The Decree on a Model of the Agreement on the Feed-In Tariff;

– The Decree on the Producer of Electrical Energy from Renewable Energy Sources and an Origin Guarantee;

– The Decree on the Compensation for the Incentive for Preferred Producers;

– The Decree on Incentive Measures for Reaching the Share of Renewable Energy Sources in Traffic.
_______________________________________
The RES Serbia association has a much more concrete position when it comes to the source of the problems. According to them, the collapse happened due to the hyperproduction of projects and that’s where the solution needs to be sought.

– In Serbia, there are currently 13 GW worth of wind and solar projects under development. Of course, at least a half of those projects are unrealistic, but EMS is treating all investors equally. Due to such hyperproduction of project, a collapse has happened. If there were a selection of projects (for example, by implementing a banking guarantee per MW for a place on the network), the market would clear, EMS would get breathing space and the system would probably start functioning properly. We recently heard from the Energy Community officials that many European states have had such problems and that there is a way, if there is a will to solve the problem, and that is precisely the implementing of a selection mechanism. Other challenges lie in the fact that we need new reception capacities on the transfer system and of course the RHPPs Bistrica and Djerdap 3, so that the new RES could be integrated and balanced – Danijela Isailovic concludes.

By the way, the RHPP Bistrica is a step closer to being built – at a session in May, the Government of Serbia adopted the decision on the preparation of the Spatial Plan of the Special Purpose Area of the System of the Reversible Hydro Power Plant Bistrica and the Hydro Power Plant Potpec. According to experts, reversible hydro power plants are important in every electrical energy system and they are especially important for the balancing in the energy system to which wind farms are connected.