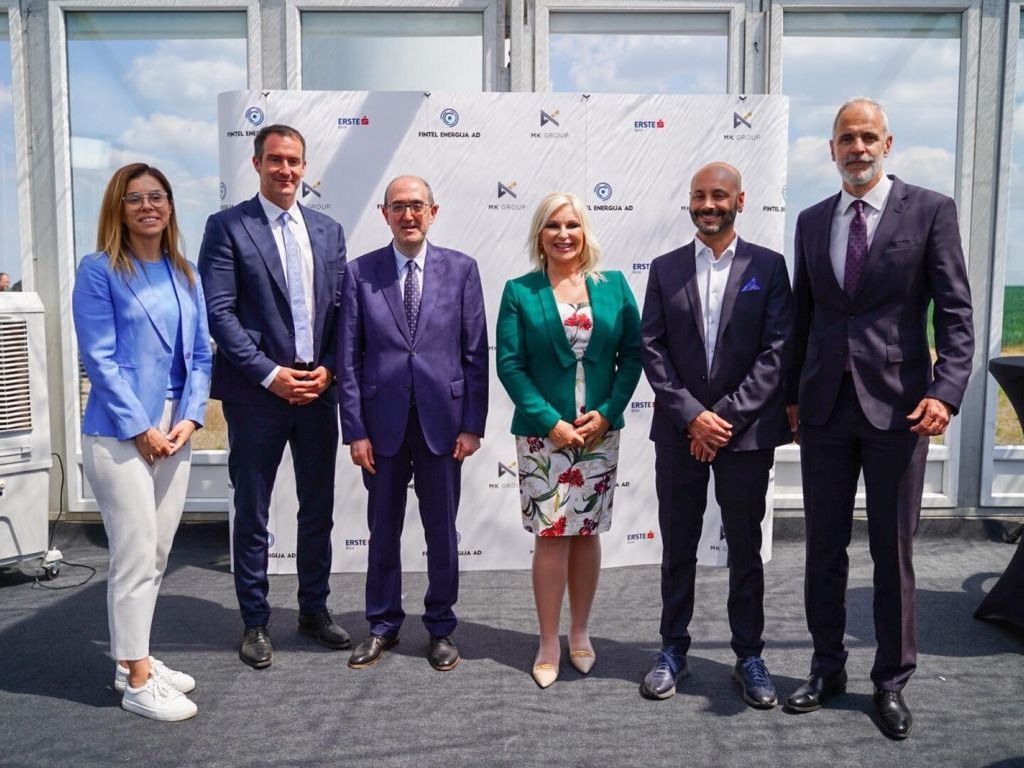 (Photo: MK Group)
With new projects starting this spring, MK Group has confirmed its role as the leader in renewable energy sources in the region. With a ceremony held in Stolc near Kula, the companies MK Group and Fintel Energija officially marked the beginning of the construction works on the "Kula 2" wind farm. In the territory of the Kula municipality, in addition to wind farms, these two companies are also developing the largest agro-solar project in Europe and the first of its type in the Balkans.

The "Kula 2" state-of-the-art wind farm is being built near the initial "Kula" wind farm, opened by these same companies back in 2015. With an investment of EUR 17.5 million, the works are planned to be completed by the end of this year, and the commissioning is planned for March 2023.

The General Manager of Fintel Energija, Tiziano Giovanetti, reminded that this company, together with MK Group, is a pioneer in the field of renewable energy sources and the most important independent producer of electricity on the Serbian energy market.

- With three already opened, and the fourth wind farm under construction, our joint investment in green energy projects from wind amount to EUR 163 million, so far. This way, we have provided annually 238 GWh of electricity for the needs of 59,000 households. We are not stopping there and we are already planning new, ambitious projects, which will additionally position Serbia on the green map of this part of Europe - said Giovanetti. 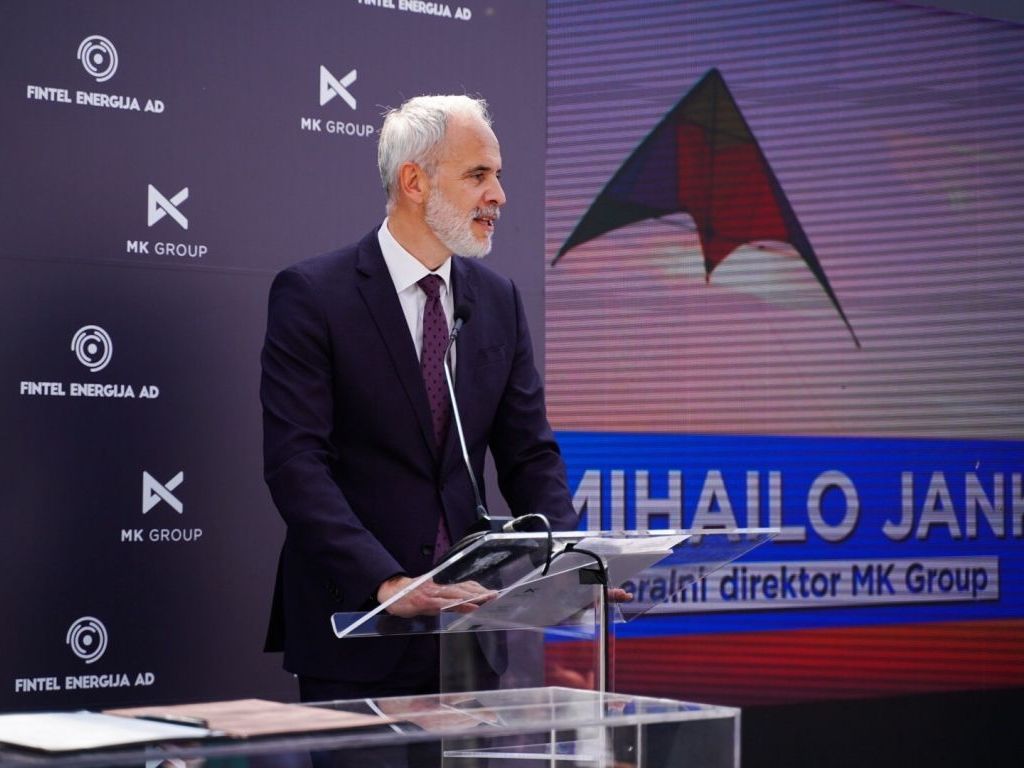 (Photo: MK Group)
The General Manager of MK Group, Mihailo Jankovic, confirmed the further expansion in the field of renewable energy sources of both companies.

- Together we are developing wind farms and solar power plants in Serbia with a total planned capacity of nearly 1GW, with an investment of over one billion euro within the next five years. This year alone, we have started the implementation of projects involving an investment of EUR 360 million - said Jankovic and pointed out the contribution of these investments to achieving the Serbian Government`s goal of increasing the share of energy from renewable sources to at least 40% by 2040.

The "Kula 2" wind farm, with its capacity of 10 MW, will supply the Serbian electricity network with 28.6 GWh of electricity annually, an equivalent to the energy consumed by about 8,000 households.


The first agro-solar project in the region

In the Kula municipality, in addition to wind farms, these two companies are also developing the largest agro-solar project in Europe and the first in the Balkans, which will confirm their leadership in the region when it comes to renewable energy sources.

By signing a memorandum of understanding with the Chinese company PowerChina, Fintel Energija and MK Group have officially started the implementation of the joint agro-solar project in Kula. Having positioned themselves as leaders in the production of electricity from wind energy, they are starting a pioneering venture that uses solar energy and simultaneously enables sustainable agricultural production under solar panels. This is the first project of this type in the Balkans and the largest in Europe, and the value of the investment is EUR 340 million. 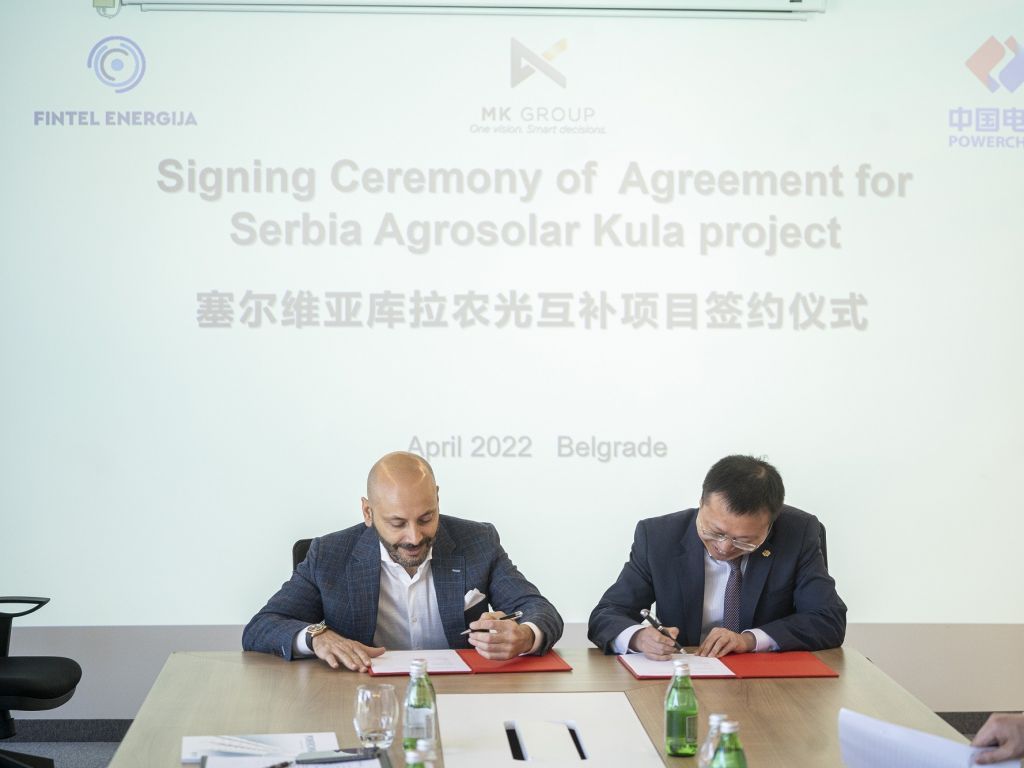 (Photo: Promo/Jakov Simović)
- By signing this agreement, we have defined a clear interest of both parties to take part in the largest agro-solar project in Europe. A particularly important step is the construction of a 50-kilowatt pilot solar park, which will begin in the next three months. The Agrosolar project will cover 770 hectares in the municipality of Kula. The solar power plant will have a capacity of 660 MW, and the planned annual production of green energy is about 832 GWh, which meets the needs of about 200,000 households - said Tiziano Giovanetti, CEO of Fintel Energija.

Andrija Vukovic, Director of finance and risk department of MK Group, pointed out that agro-solar technology brings great innovation through the synergy of green energy and sustainable agriculture.

- Both areas have long been part of the MK Group`s agenda, but also the national strategy of our country. This project will bring another innovation to the Serbian energy sector, as a plant for the production of green hydrogen will be built within the second phase, powered by a solar power plant. In addition to green hydrogen, this technology will enable the production of 300 tons of urea mineral fertilizer per day, obtained in a completely sustainable way - said Andrija Vukovic, Director of the finance and risk department of MK Group. 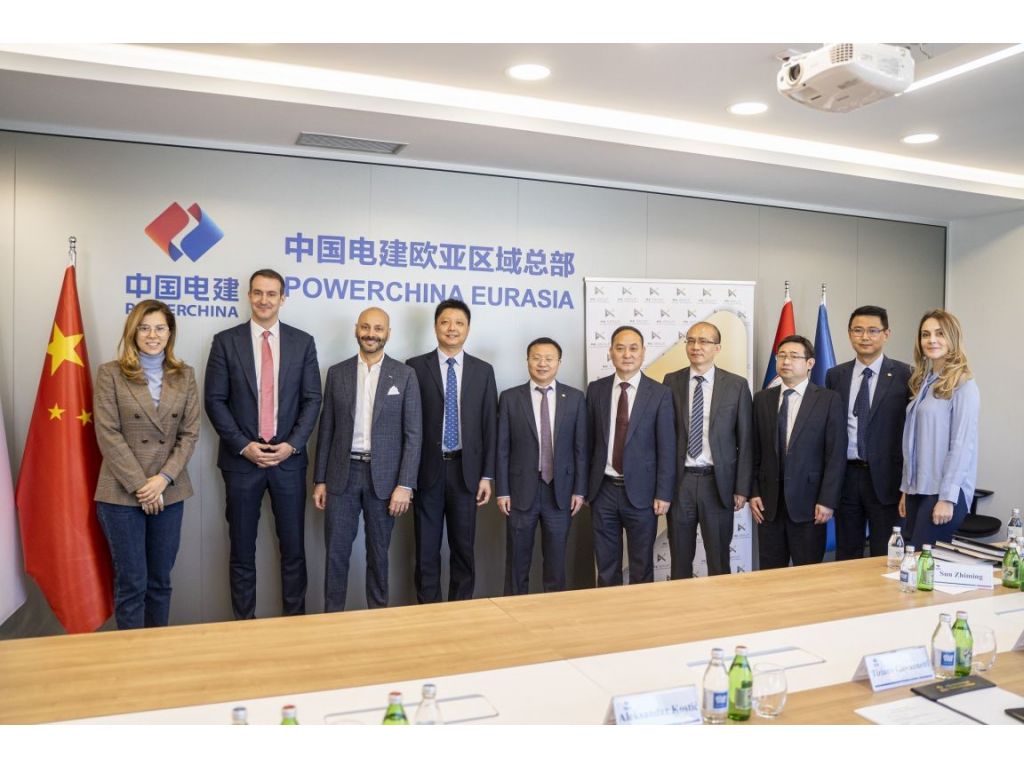 (Photo: Promo/Jakov Simović)
The Chinese company PowerChina is one of the largest construction companies in the world when it comes to infrastructure and the energy sector.

- We are very pleased that, by signing the agreement, we have formalized the cooperation and partnership with Fintel Energija and MK Group, pioneers and leaders of Southeast Europe in this field. We are looking forward to working on the project and the common goal of developing energy from renewable sources in Serbia and contributing to achieving carbon neutrality - said Yang Bo, representative of PowerChina in Serbia.

Fintel Energija and MK Group have been among the leading companies in the production of wind power in the Balkans for a decade. At the end of 2015, the wind farm "Kula" was opened, which was also the first in Serbia with a total installed capacity of 9.9 MW, and less than a year later the second wind farm "La Piccolina" was opened, with a total installed capacity of 6.6 MW. In September 2019, with the launch of the wind farm "Kosava", located in in Izbiste, with an installed capacity of 69 MW, as many as 45,000 households have been covered with "green" electricity.
Companies:
MK Group d.o.o. Beograd
Fintel Energija a.d. Beograd
Power Construction Corporation of China Limited Ogranak Beograd
Tags:
MK Group
Fintel Energija
Power China
Tiziano Giovanetti
Mihailo Janković
Andrija Vukovic
Yang Bo
Kula 2 wind farm
agro-solar project
renewable energy sources
agro-solar in Kula
green energy
sustainable agriculture
thematic bulletin
Green business chance to save
Share: